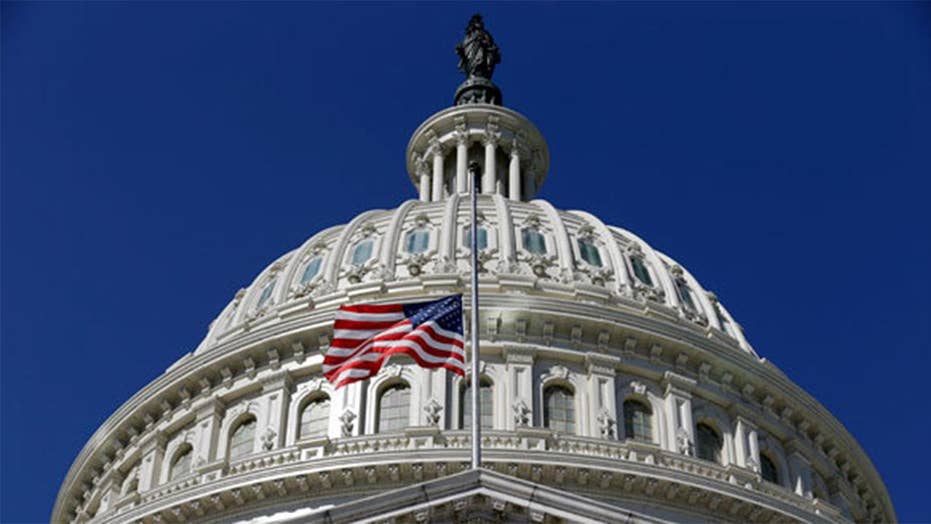 Blue or red wave? Signs the midterm tide may be turning

How will President Trump's agenda affect midterm election results? Insight and analysis on 'The Ingraham Angle' from pollsters Frank Luntz and Mark Penn.

Democrats are more interested in the upcoming midterm elections and more enthused to vote than usual, and that helps them to an 8-point edge in the generic congressional ballot test.  This amid widespread concern that the country’s political debate is overheated and even dangerous -- to the point that many voters steer clear of talking politics with family and friends.

Fifty-four percent of Democrats are “extremely” interested in the November elections, and 51 percent are more enthusiastic about voting than usual, according to the latest Fox News national poll.

Republicans trail on both measures:  47 percent are extremely interested and 42 percent are more enthused.

Here’s the take-away:  by a 48-40 percent margin, voters prefer the Democratic candidate in their congressional district over the Republican.  Democrats were up 48-39 percent last month.  The rule of thumb is the Democrats need to carry the generic ballot test by about 10 percentage points to take over the U.S. House this fall.

When the results are narrowed to only extremely interested voters, the Democratic advantage is 13 points:  54-41 percent.

“There’s still a lot of time until Election Day, but we’re close enough that polls like this should worry the Republicans.”

There’s a 14-point interest gap between Republican men and women, as 53 percent of GOP men are extremely interested, while 39 percent of GOP women say the same.

Among Democrats, 54 percent of men and 53 percent of women are extremely interested.

More Republicans (65 percent) than Democrats (49 percent) are more confident their party has a clear plan for the country.

The Democratic Party narrowly gets a positive score on empathy:  by a 49-48 percent margin, voters say the party “cares about people” like them.  The GOP is underwater on this measure by 14 points (40-54 percent).

There are small differences between women (73 percent) and men (66 percent), and between Democrats (74 percent) and Republicans (68 percent).  One of the biggest differences, though, is generational:  baby boomers (81 percent) are 19 points more likely than millennials (62 percent) to feel things are overheated.

Who do these voters blame for the dangerous debate?  Thirty-seven percent point the finger at Republicans, while 33 percent point to Democrats, and 27 percent say both equally.

At home, some reduce the heat by dodging the debate.  Over the past year, about half of voters, 48 percent, have intentionally avoided talking with friends and family who don’t share their political views.  White women with a college degree (62 percent) and suburban women (58 percent) are among the most likely to avoid talking politics.

The Fox News poll is based on landline and cellphone interviews with 1,007 randomly chosen registered voters nationwide and was conducted under the joint direction of Anderson Robbins Research (D) and Shaw & Company Research (R) from July 9-11, 2018.  The poll has a margin of sampling error of plus or minus three percentage points for all registered voters.