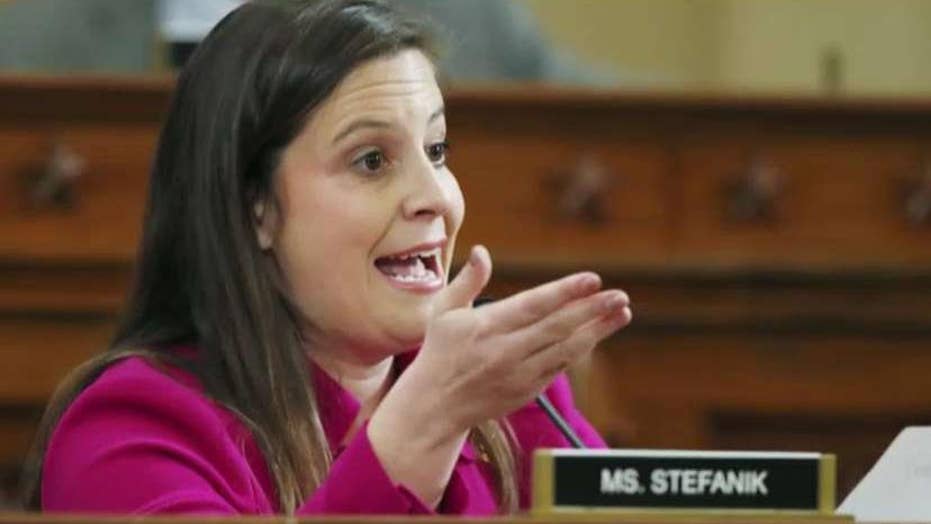 Former Democratic National Committee chair Howard Dean reacted to an offensive note left on the car of Rep. Elise Stefanik by implying that the New York Republican brought it on herself.

Stefanik shared a photo of what she called a "vile" note which said, “Rot in Hell FASCIST PIG,” on Twitter Saturday, and she lamented “that the radical Far-Left cannot see beyond their vicious hate.” Dean retweeted it hours later with his own.

“I don’t condone this, but ‘as ye sow, so shall ye reap,’” said Dean, a former governor of Vermont. “There is no excuse for the note writer or for you. You are a shame to your district and to a democratic United States.”

This is not the first time that Stefanik has been the target of a Democrat’s ire. She became a favorite target of Democrats and liberals during the House impeachment inquiry late last year, particularly for becoming a thorn in the side of House Intelligence Committee Chairman Adam Schiff, D-Calif.

One of the most explosive moments of the impeachment hearings came Nov. 15, 2019, when ranking member Rep. Devin Nunes, R-Calif., yielded some of his time to Stefanik. But as she spoke, Schiff slammed down his gavel, arguing that it was not allowed under committee rules.

What followed was a debate between Nunes and Schiff as to whether the Republican could offer his time to a fellow member of Congress, rather than minority counsel. Stefanik repeatedly tried to speak, only for Schiff to bang his gavel again to silence her.

Stefanik's performance at that moment and throughout the hearings earned her praise from fellow Republicans and likely contributed to her being named an honorary chair for the Trump 2020 Campaign in early January.

Dean is perhaps best-known for his 2004 presidential campaign, where he enjoyed strong early support before bowing out as John Kerry emerged with the nomination.