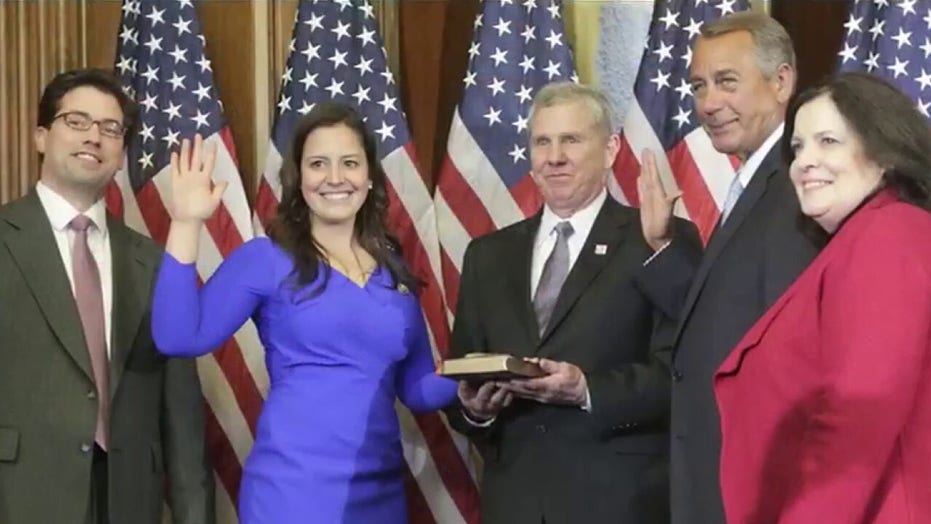 Elise Stefanik, R-N.Y., who saw her profile rise during the Trump impeachment hearings, gave “Fox & Friends” host Ainsley Earhardt a tour of her office in Washington, D.C. on Tuesday and talked about what a day on Capitol Hill is like for the rising Republican star.

When Earhardt asked Stefanik what made her want to run for Congress, she replied: “I didn’t grow up in a political family. My parents are small business owners and I got involved [in politics] in college and I worked in the Bush administration, but I felt we needed newer voices and young women in particular to step up and run for office.” 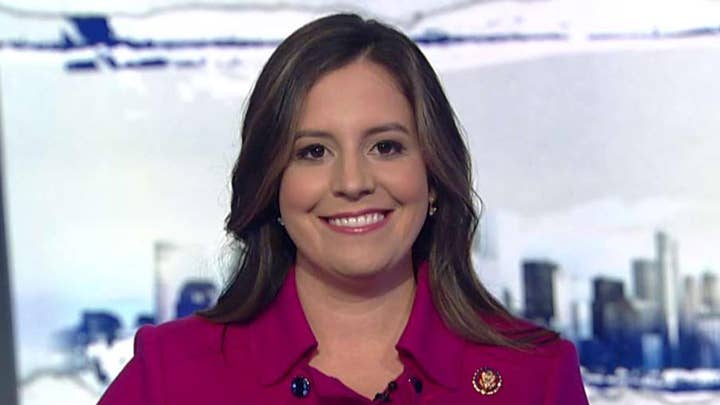 She said what is different about this term is that “there were millions of Americans who were tuning in to the impeachment hearings.”

She made waves during the House Intelligence Committee's impeachment hearings last year as one of the staunchest defenders of Trump and a thorn in the side of the committee's chairman, Rep. Adam Schiff, D-Calif.

Stefanik's performance throughout the hearings earned her praise from fellow Republicans and likely contributed to her being named an honorary chair for the Trump campaign.

“I wasn’t towing their [Democrats’] narrative, I refused to accept some of the falsehoods that Adam Schiff was saying and I really demanded accountability from my colleagues across the aisle,” Stefanik told Earhardt.

Stefanik won New York's 21st Congressional District with more than 65 percent of the vote -- the largest margin of her three elections -- in 2016.

She acknowledged on Tuesday she hasn’t always agreed with President Trump, particularly on tax reform. 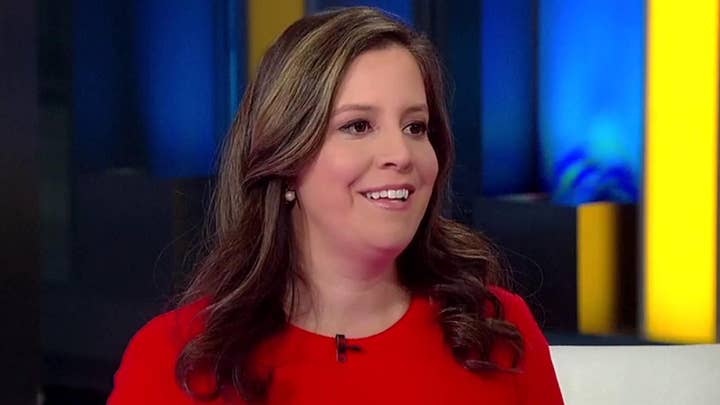 When Earhardt asked Stefanik about her friendship with former National Security Adviser John Bolton, she said: “I respect John Bolon, but my job was to look at the evidence that was presented [during Trump’s impeachment hearings] and it was very clear to me that there is no direct evidence of impeachable offenses.”

The Senate decided not to call Bolton as a witness in its impeachment trial of Trump. This comes after The New York Times reported last week that the manuscript for Bolton's upcoming book said Trump had in fact linked military aid for Ukraine to that country opening investigations into the family of 2020 presidential contender Joe Biden — an allegation at the heart of the impeachment inquiry.

Stefanik also weighed in on initial returns of the Iowa caucuses on Tuesday, which showed Pete Buttigieg is narrowly leading the Democratic presidential field.

“It was an eye-opener for me,” she said, adding that she thinks Democrats “are going to have a challenge in 2020.”

She said she is the first person in her family to graduate from college. She graduated from Harvard.