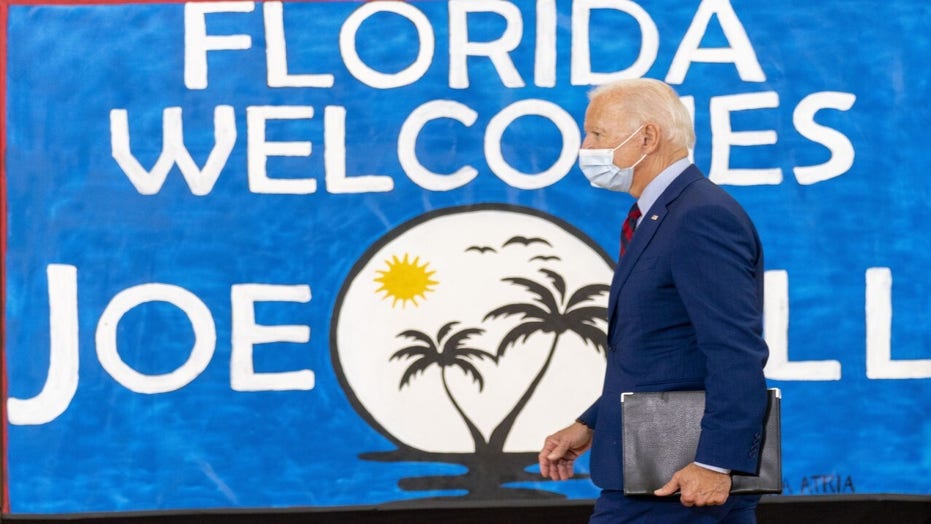 Biden pulls further ahead in polls as he campaigns in Florida

Peter Doocy provides an update on the Democratic nominee from the campaign trail on 'Special Report.'

Florida Secretary of State Laurel Lee, a Republican, said the registration would be open until 7 p.m. ET on Tuesday – an extension of seven hours from the original deadline of 12 p.m. ET. The secretary of state said the directive was in response to “difficulties we encountered last night” due to “unprecedented volume and traffic to our website.”

“During the last few hours, the RegisterToVoteFlorida.gov website was accessed by an unprecedented 1.1 million requests per hour,” Lee said in a statement. “We will work with our state and federal law-enforcement partners to ensure this was not a deliberate act against the voting process.”

The registration deadline was extended after pressure from state Democrats, including Nikki Fried, Florida's commissioner of agriculture and consumer services. Fried shared a screenshot of an error message on the registration website from Monday night and referred to the situation as “unacceptable.”

Florida is considered a key battleground state in the upcoming presidential election. An average of the latest swing state polls compiled by Real Clear Politics showed Democratic presidential nominee Joe Biden with a slight edge over President Trump in the state. Trump won Florida in 2016.