Strategy Room: Jeanne Zaino and Flip Pidot discuss what tax reforms will happen with Trump in the White House and Republican majorities in the House and Senate

Three weeks have come and gone in Republican-controlled Washington without action on tax reform -- and some conservative voices are amping up the pressure on the White House and congressional leaders to deliver on a key campaign promise.

Matt Drudge sounded the siren earlier this week when he tweeted that “[the] Republican party should be sued for fraud. NO discussion of tax cuts now. Just lots of crazy.  Back to basics, guys!”

Republican party should be sued for fraud. NO discussion of tax cuts now. Just lots of crazy. Back to basics, guys! pic.twitter.com/5uHIg8klq6

Drudge's tweet garnered a mixed response on Twitter, with some apparent Trump supporters echoing the call and others urging the public to give GOP leaders a chance to deliver on their agenda.

@DRUDGE We need those tax cuts!! A lot of people were excited about them. Never grow the economy w/o tax cuts & regulations roll-back.

The fedora-donning Drudge Report founder's complaint speaks to a deep and long-standing suspicion from the Republican base about so-called “establishment” lawmakers stopping short of pursuing big changes -- on entitlements, taxes and more.

While the Trump White House has moved at a furious pace to sign executive orders dealing with immigration, jobs and law enforcement -- and Congress has moved to roll back several Obama-era regulations -- some have voiced concern that both the push to replace ObamaCare and to overhaul the tax code are losing steam.

“Delaying these tax cuts means delaying the ability for tens of millions of Americans to fulfill the promise of the American Dream,” he said. 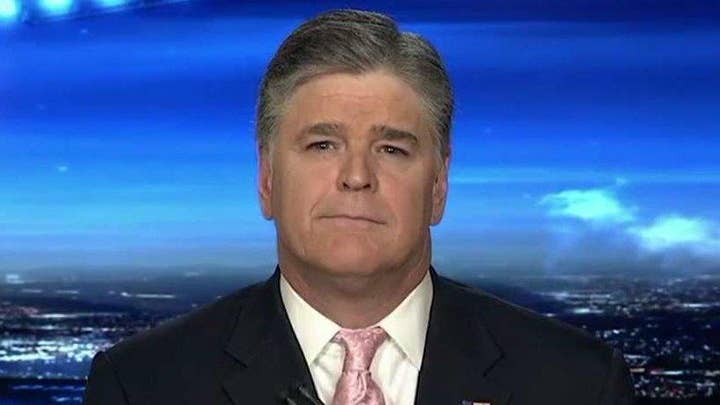 "I'm putting the GOP on notice," Hannity said. "No more excuses. No more explanations. Go to work, roll up your sleeves, and do your job."

Trump, for his part, appears keen on advancing a plan. In a meeting with airline executives Thursday, Trump promised a “phenomenal” tax plan.

“We're going to be announcing something, I would say over the next two or three weeks, that will be phenomenal in terms of tax and developing our aviation infrastructure," he teased.

"You can't do them both at the same time because of how the budget system works," he said. House Republicans are working on a plan, but have not formally introduced a bill.

However, a number of barriers stand in the way, one being that Trump’s pick for Treasury secretary – Steve Mnuchin – has not yet been confirmed as Democrats hold up the president's Cabinet picks. Wide-ranging fiscal reform could be difficult to enact without a Treasury secretary installed.

“Democrats have thwarted [Trump’s] efforts to get a Treasury secretary – who will actually be driving that train when it comes to tax policy,” former Massachusetts Sen. Scott Brown said on Fox News Thursday. 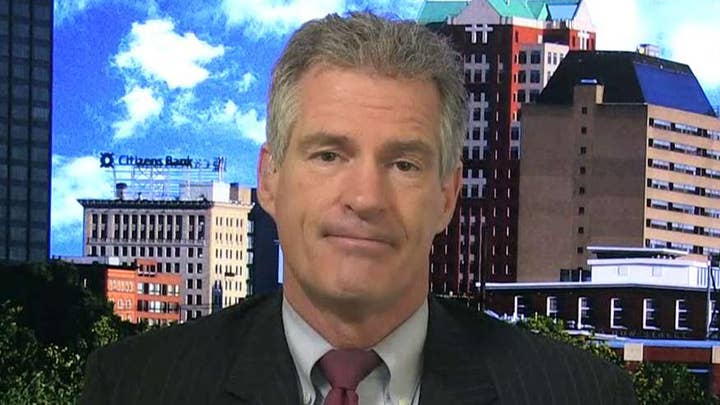 Another sticking point is the subject of a border-adjustment tax as part of the package, which would tax imports while exempting exports. The tax is part of the House Republican proposal, though Trump earlier had dismissed it as “too complicated.”

“Anytime I hear border adjustment, I don’t love it,” Trump told The Wall Street Journal in January. “Because usually it means we’re going to get adjusted into a bad deal. That’s what happens.” However, the White House later floated the tax as a way to help pay for the border wall at the U.S.-Mexico border.

Trump campaigned repeatedly on tax reform, promising to reduce the number of tax brackets from seven to three, and lower the corporate rate from 35 to 15 percent. The House GOP framework has similar contours, with the same number of tax brackets, a call to reduce rates, a repeal of the so-called "death tax" and a vow to simplify the system so taxes can be done on a form "as simple as a postcard."

Grover Norquist, the head of Americans for Tax Reform and one of Washington's most outspoken advocates for tax cuts, has given the House Republicans a boost by endorsing their plan, even with the border-adjustment tax that he doesn’t like on its own.

“I have personally said the package put together by House leadership is fine, is solid, is radically pro-growth. That is not an endorsement of a piece of it, but together it’s a great thing,” he told Fox News.

While the border adjustment measure is opposed by some corporations, Ryan has said the plan will “level the playing field and make America more competitive.”

We have the worst tax code in the industrialized world for businesses. Our plan will level the playing field & make America more competitive pic.twitter.com/I3JklEru7j

Norquist said the GOP is right to focus on scrapping ObamaCare first.

“The first step is the repeal of ObamaCare’s 20 taxes,” he said. “That makes it easier for your tax reform package not to lose money.”

Norquist dismissed complaints that there was no formal legislation yet, saying he believes the Republicans are hammering out minor disagreements with the White House behind the scenes. He added that conservative criticism is a little premature at this stage.

“It’s like being unhappy that it’s noon and we haven’t had dinner yet,” he quipped.