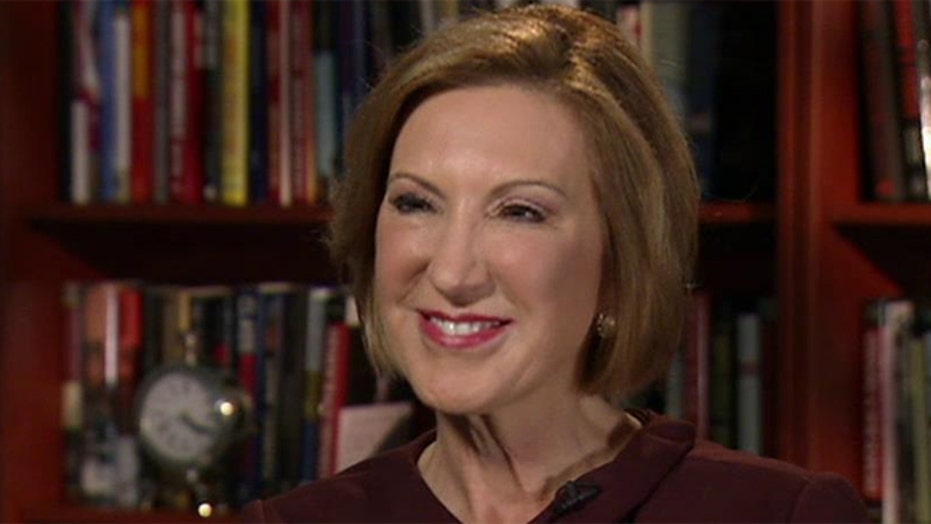 CNN changes debate rules for her

Republican presidential candidate Carly Fiorina on Sunday argued against the United States allowing in more Syrian refugees -- amid increasing calls for a greater international response to the crisis.

The former Hewlett Packard chief executive argued, like other Republicans have throughout the growing crisis in Europe, that agents from the Islamic State and other Middle East terror groups could slip through security efforts.

“I think the United States, honestly, sadly, cannot relax our entrance criteria," Fiorina said on CBS’ “Face the Nation.” “We are having to be very careful about who we let enter this country from these war-torn regions to ensure that terrorists are not coming here.”

She also called the recent pictures of children dying while trying to relocate “heartbreaking.”

An estimated 4 million refugees have fled Syria since 2011. The United States has accepted about 1,000 of them this year, among 70,000 refugees from around the world.

Gen. Martin Dempsey, chairman of the Joint Chiefs of Staff, and Ohio Gov. John Kasich, a fellow 2016 GOP presidential candidate, on Sunday each suggested the U.S. could do more.

Dempsey talked about a “shared responsibility among the civilized nation states of the world," in an interview aired Sunday on ABC’s “This Week.”

Kasich, who has argued on the campaign trail that compassion is part of conservativism, told ABC that he thinks the U.S. has a “responsibility” to take in more refugees. However, he suggested that the U.S. involvement should be “logistical” to help ensure safe passages.

“But this is fundamentally an issue that Europe has to come to grips with," he said.

Syria is in a 4-year-long civil war in which rebels are trying to overthrow the regime of President Bashar al Assad. And the situation, in which thousands of Syrians have either been displaced or have fled, has become worse as the Islamic State continues its reign of terror through large swaths of the Middle East.

Among those also trying to gain passage into Europe are refugees from such countries as Afghanistan, Iraq and Pakistan.

“This is an example of what happens when the United States fails to lead,” she said. “President Obama had options in Syria three years ago. And he failed to exercise any of those options.”