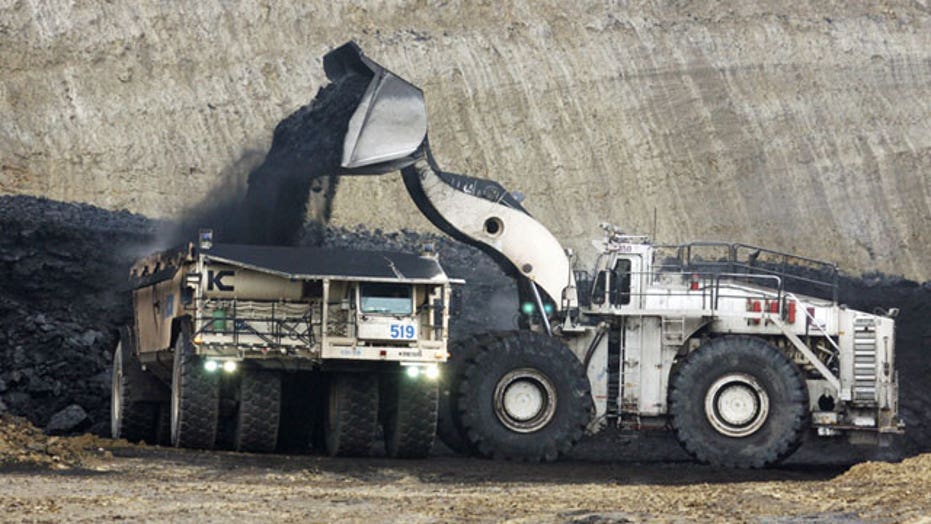 The Obama administration proposed new regulations Thursday meant to protect America's streams from coal-mining debris, but Republicans charged that the measures were yet another attack on coal country that would cost jobs.

Current federal rules designed to protect streams near coal mines date back to 1983.

The Interior Department, in issuing its updated proposal, said the changes would protect 6,500 miles of streams. Interior Secretary Sally Jewell said in a statement, "We are committed to working with coalfield communities."

But GOP lawmakers said the coal industry will suffer. What's more, it comes after the Supreme Court said another agency, the Environmental Protection Agency, improperly ignored the costs of its regulations.

"It's outrageous that less than a month after being rebuked by the U.S. Supreme Court for ignoring the costs of its regulations, the administration is doing it again with this job-crushing, anti-coal rule," Sen. John Barrasso, R-Wyo., said in a statement. "It's no secret that this overreaching rule is designed to help put coal country out of business."

The proposed regulations would maintain the buffer zone that prevents coal mining from within 100 feet of streams to prevent debris from being dumped into the water.

They also would update reclamation practices that require companies to restore streams and return mined areas to a condition capable of supporting the land uses available before mining activities. Companies also would have to replant native trees and vegetation -- and test and monitor stream conditions in potentially impacted areas.

"This proposed rule would accomplish what Americans expect from their government -- a modern and balanced approach to energy development that safeguards our environment, protects water quality, supports the energy needs of the nation, and makes coalfield communities more resilient for a diversified economic future," Jewell said. In all, she projected that about 200 jobs would be lost if the regulation goes into effect as proposed. Officials also projected that electricity costs would only go up one-tenth of 1 percent.

The Obama administration has made clear for a while that it intended to develop a new rule that keeps pace with current science and modern mining practices.

But Republicans also challenged the legitimacy of the process that the Office of Surface Mining Reclamation and Enforcement undertook in developing it. A House committee posted letters from nine states withdrawing from an environmental review process that coincided with the rule's development because, as one West Virginia official put it, a "lack of fundamental engagement."

Committee on Natural Resources Chairman Rob Bishop, R-Utah, said the states were "sidelined" in the process.

"Clearly, the Obama Administration will stop at nothing to stomp out American livelihoods dependent on coal," he said.

Some Republican lawmakers and industry groups have voiced fears that the proposed regulatory changes would force some mining operations to close, leading to job loss and higher utility costs in states where surface mining is most common, namely West Virginia, Ohio, Kentucky and Pennsylvania. The administration is maintaining that the costs of the proposed rule is projected to have a minimal impact on the coal industry overall.

President George W. Bush sought to relax the existing regulations shortly leaving office. The regulatory change allowed excess spoils to be place in streams, but added new requirements designed to reduce the adverse environmental impact. A federal court tossed the rule after environmental groups sued, and the 1983 version was reinstated.