Not bad for government work.

A new in-depth database of federal worker salaries shows the government paid out a whopping $105 billion in salaries last year for most of its civilian workforce -- to boot, the workers got $439 million in bonuses.

The information, which was obtained and number-crunched by The Asbury Park Press through a Freedom of Information Act request, challenges the old notion that government workers trade high salaries for job security and benefits.

In fact, many workers get all those things.

"They get better pay and they especially get better benefits," said James Sherk, senior policy analyst with the conservative Heritage Foundation.

The database, which is now online, allows users to enter a federal worker's name and their department, and then look up their salary information. The trove covers about 70 percent of federal workers, with some eye-opening results.

The average salary, for instance, for New Jersey's federal employees was $83,749. Many senior executives throughout the federal government make a six-figure salary.

Attorney General Eric Holder makes $199,700 - like other Cabinet-level officials. And Jeff Neely, the suspended General Services Administration employee at the heart of the Las Vegas convention scandal, was pulling in $172,000.

The database also shows the government has been liberally handing out bonuses, with many in the ten-of-thousands-of-dollars range. The top bonus in the Justice Department was $37,505.

In the Agriculture Department, it was $62,895. Some of the biggest bonuses, though, were the product of a special presidential award program.

Moira Mack, a spokeswoman for the Office of Management and Budget, told the Asbury Park Press that the administration has "eliminated bonuses for all political appointees." The administration, she said, has also "directed agencies to adopt more rigorous personnel management processes, and set a cap to reduce spending on awards for career staff, saving taxpayers an estimated $200 million this year alone."

In addition, the Office of Personnel Management says that it continues to improve its pay-for-performance systems.

But Sherk said that while some of these bonuses and pay raises are being handed out on merit, the "vast majority" are automatic, "just for sitting in their seat."

"They could be playing solitaire all day and still get the same pay increase as the best and most productive workers," he said. 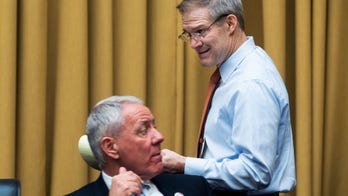 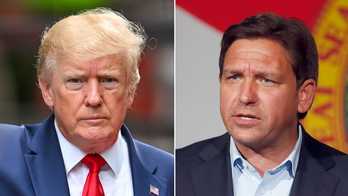