Rep. Elissa Slotkin, D-Mich., whose district voted for President Trump in 2016, has announced that she will vote for impeachment when the House takes up the issue later this week.

Slotkin wrote in a Monday op-ed for the Detroit Free Press that while she previously did not join her party's calls for Trump's ouster, she believes the evidence regarding the president's dealings with Ukraine are too much to let voters decide Trump's fate in November.

"To be clear, presidents from both parties have leveraged the powerful role of the United States to get foreign countries to do what’s in our interest," Slotkin acknowledged. But she said the difference was that "President Trump used the power of the presidency for his own benefit, to give himself some advantage in the very election that would determine whether he remained in office." 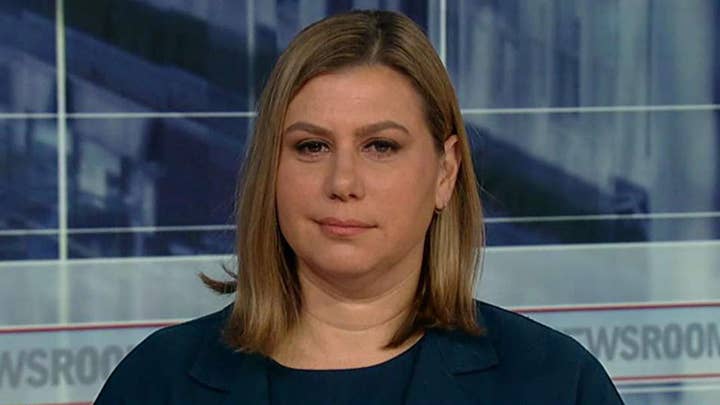 Slotkin, a former CIA officer who served in Iraq, said as recently as Friday that she was undecided on the issue. She had told Fox News that she recognized the implications support for impeachment could have on her career.

"I just have to say, maybe it's because I'm a former CIA officer and I did three tours in Iraq, sometimes you have to make calls that aren't based on a poll or on some political consultant," she said. "If this is the end of my political career, at least I'm doing what I think is right and basing my decision on integrity. That's the most I can do."

In her op-ed, she wrote that she based her decision not on politics, but on a careful review of the evidence.

"Over the past few days, I have done what I was trained to do as a CIA officer who worked for both Republicans and Democrats: I took a step back, looked at the full body of available information, and tried to make an objective decision on my vote," she wrote, adding that she "read and re-read reports and transcripts," examined records from the Nixon and Clinton administrations, and studied the Constitution, Federalist Papers, and the "House Practice" book given to new members of Congress.

Ultimately, Slotkin pointed to public statements from the president's attorney and Trump himself. She referred to Rudy Giuliani discussing how he asked Ukraine to look into issues including the Bidens, and Trump's confirmation of this and subsequent comment to a reporter in which he suggested that China also investigate them.

"[I]f a President admits that he’s done it, and solicits additional help from even more capable foreign governments, then isn’t it our constitutional duty to provide a clear response to that abuse of power?" Slotkin asked. "Our democracy is in danger if this behavior becomes the new normal."

Slotkin is one of 31 Democrats from districts that Trump won in the last election. With Democrats holding a 233-197 majority in the House with one independent, Democrats may be able to afford losing up to 17 of their own and still impeach the president, assuming Republicans are entirely united in support of the president.

New Jersey's Jeff Van Drew has made it clear that he opposes impeachment, and has even discussed switching parties and becoming a Republican.

Slotkin, however, is firmly remaining with her party, but insists her decision is not based on partisan politics.

"There are some decisions in life that have to be made based on what you know in your bones is right," she said. "And this is one of those times."