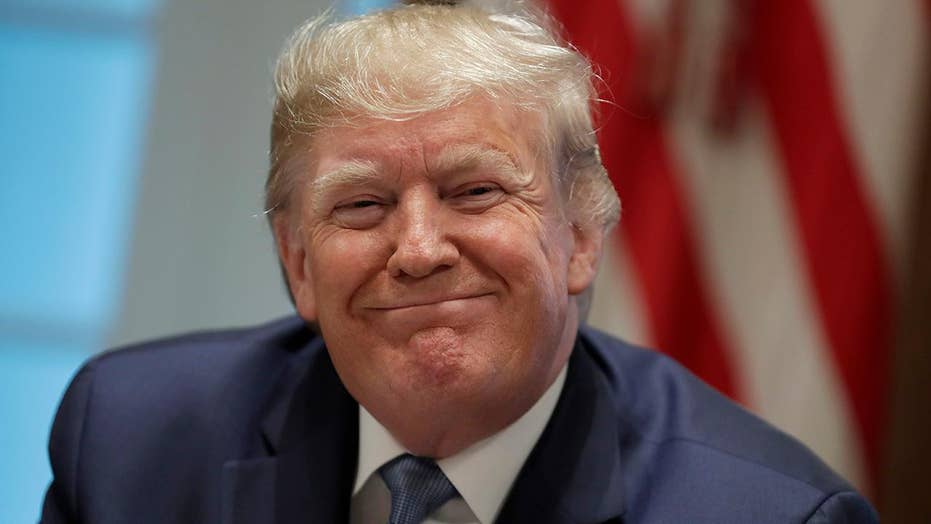 Judy Miller on the unexpected political impact of the proceedings.

President Trump on Sunday took a swipe at House Speaker Nancy Pelosi, D-Calif., over her response to a reporter who asked why bribery wasn’t included in the newly unveiled articles of impeachment, despite Democrats – including the speaker herself – having leveled those charges repeatedly against the president throughout impeachment proceedings.

“You yourself accused [Trump] of bribery,” the reporter asked.

“Why did you decide not to make bribery one of the articles of impeachment?”

Pelosi said the decision not to include bribery in the articles of impeachment against Trump came after “working together with our committee chairs, our attorneys and the rest.”

In a retweet of Pelosi’s response, Trump wrote that the House speaker’s teeth “were falling out of her mouth, and she didn’t have time to think!”

He then followed up the tweet by writing that “Congressional Do Nothing Democrats are being absolutely decimated in their districts on the subject of the Impeachment Hoax.”

“Crazy Nancy is finding defending Shifty Schiff harder than she thought!” he tweeted, in reference to House Intelligence Committee Chairman Adam Schiff, D-Calif., one of the most visible figures of the impeachment inquiry.

Pelosi did not immediately respond.

Democrats repeatedly have accused Trump of withholding military aid from Ukraine until it investigated former Vice President Joe Biden and his son. Trump and the White House have denied he did anything wrong.

When asked at the time whether bribery would be included as an article of impeachment, she replied: “We haven’t even made a decision to impeach. That’s what the inquiry is about.”