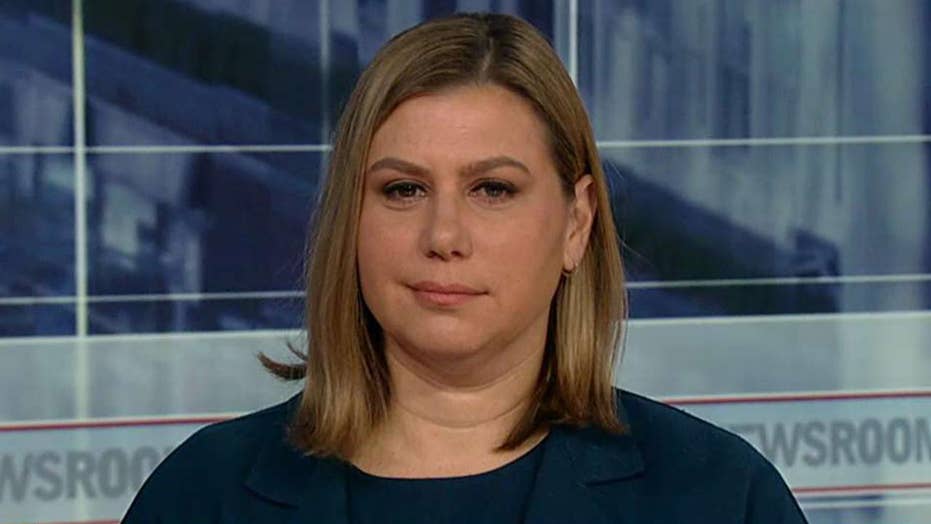 Rep. Elissa Slotkin, a Democrat lawmaker in a district that voted for President Trump in 2016, tells 'America's Newsroom' that her vote will be based on her gut instead of her political party.

Rep. Elissa Slotkin, D-Mich., said Friday she remains undecided on whether to support articles of impeachment against President Trump, planning to take the weekend to comprehensively review the evidence.

Ahead of a town hall in her district Monday, Slotkin said her constituents are extremely engaged and her office's phones "are ringing off the hook" with people expressing their opinions on both sides.

"We had to install a third phone line yesterday in the office because we couldn't keep up with the pace. That's in Michigan and in D.C.," she told host Bill Hemmer on "America's Newsroom."

Slotkin, a former CIA officer who served in Iraq, represents a Lansing, Mich.-area district where Trump defeated Hillary Clinton by seven points in 2016. Slotkin won the House seat in 2018 by three points and realizes the impact that a vote in favor of impeachment could have on her 2020 prospects.

"If you vote 'yes' with your other Democratic colleagues, is your House seat lost in 2020?" Hemmer asked.

"There has been a lot of talk about this. As soon as I came out in support of an [impeachment] inquiry there were people saying that's the end of your political career," Slotkin responded.

"I just have to say, maybe it's because I'm a former CIA officer and I did three tours in Iraq, sometimes you have to make calls that aren't based on a poll or on some political consultant. If this is the end of my political career, at least I'm doing what I think is right and basing my decision on integrity. That's the most I can do."

Slotkin insisted that she has not made up her mind on how she'll vote when the full House takes up the articles of impeachment. She said she wants to review all the documents and consider how the impeachment charges stack up against previous cases, including Richard Nixon and Bill Clinton.

Slotkin emphasized that the vote is "deadly serious" and many House Democrats are viewing it as "the most serious vote we'll ever take, at least in this term."

The House Judiciary Committee on Friday voted to adopt two articles of impeachment against Trump – capping a contentious three-day session that Republicans panned as a “kangaroo court” and teeing up a historic floor vote right before the holiday break.

Slotkin said she doesn't like the fact that the impeachment does not have support from any Republicans, explaining that bipartisanship is "something I really believe in."

"As someone who served, you really like grow up not thinking in a partisan fashion and that's better. Again, I can't make a decision just based on the political side of this, I really have to go with my gut," she said.