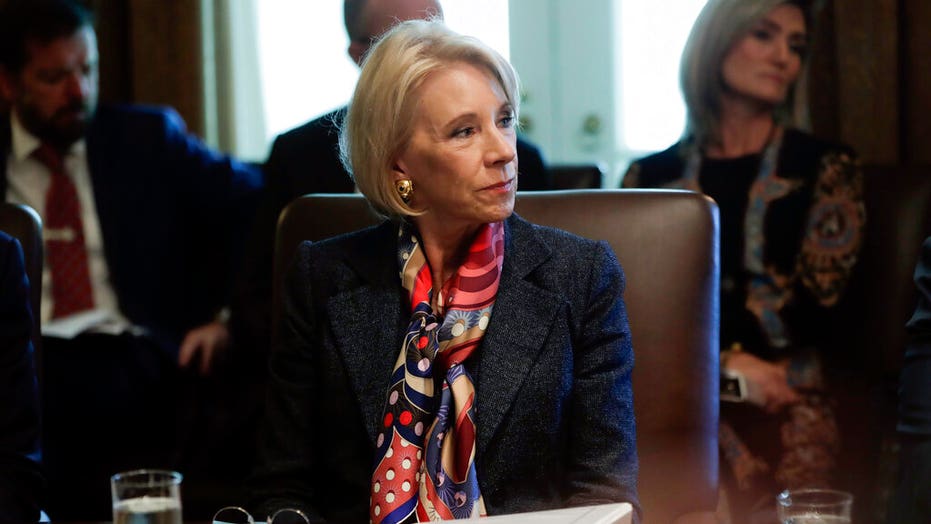 Education Secretary Betsy DeVos collected student loan repayments from 45,801 students who were defrauded by now-defunct Corinthian Colleges -- nearly three times more than the 16,000 originally estimated -- in a move that defied court mandates to cease loan collections, according to a compliance report by the Department of Education (DOE) filed Tuesday.

The DOE report enumerated the number of students identified since a similar report released in November and added them to an existing count of students affected by the department's wrongful collection of student loans, for which DeVos was held in contempt of court and fined $100,000 by a federal judge in October.

According to the report, 11,500 students who received notices that student loan payments were due despite qualifying for loan forgiveness repaid their dues. These borrowers are in addition to the 3,111 students identified in November.

The department confirmed that all but 94 of the identified students are still waiting on refunds for voluntary payments and involuntary collections.

At least 550 additional students had their tax refunds seized or wages garnished, and another 5,000 students were reported to credit agencies for failing to make payments.

The department said that the Federal Student Aid (FSA) office "has corrected the credit reports of 100 percent of the borrowers in the potential class whom it has identified since the November report as previously having been in an incorrect status."

The original miscount, which underrepresented the number of students affected by the unnecessary student loan collection, was due to “isolated issues” such as miscommunication with its loan servicers and discrepancies related to consolidated loans and missing social security numbers, the department wrote in the 14-page compliance report.

The FSA “will remediate the remaining identified impacts to class members as quickly as possible, while continuing the ongoing process of re-verifying and revalidating all information regarding the class in order to correctly identify all class members and all compliance failures,” the DOE report said.

Currently, there are 78,737 former Corinthian College students who have submitted borrower defense applications for the federal government’s Public Service Loan Forgiveness program, but the number of students continues to grow as the size of the class is "always in flux," the department said.

DeVos has come under fire after it was revealed in September that the department rejected 99 percent of those applications.

Corinthian Colleges declared bankruptcy and shuttered its doors in 2015 after the DOE and several state attorneys general accused the for-profit institution of misleading borrowers of student loans.

An Obama-era initiative sought to provide loan relief to students who were misled by the school, but DeVos, a Trump appointee, tried to limit the scope of the program even after a judge's ruling to block her efforts in 2018.