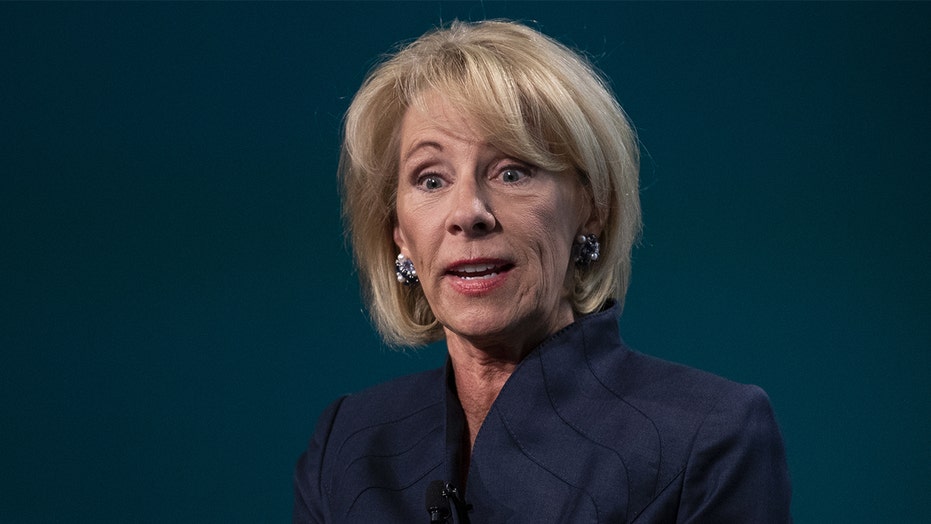 A federal judge held Education Secretary Betsy DeVos in contempt of court on Thursday and sanctioned the Education Department with a $100,000 fine after it said DeVos refused to comply with a court mandate to cease collection of loans from students who were defrauded by now-defunct Corinthian Colleges.

The move comes after the Education Department continued to garnish wages and seize tax returns of nearly 1,800 borrowers who were granted loan forgiveness by the courts under the borrower defense to repayment program, after Corinthian -- embroiled in scandal and bankruptcy -- was forced to close in 2015, the court said.

The initiative sought to provide loan relief to students who were misled by the school, but DeVos, a Trump appointee, tried to limit the scope of the program even after a judge's ruling in 2018.

“Given that there are over 16,000 borrowers who have suffered damages from [the] defendants’ violation of the preliminary injunction, and given that there may be some administrative expenses to remedy the harm, the court finds the amount reasonable,” Sallie Kim, a federal magistrate judge in California, wrote in a court order.

According to Kim, “the evidence shows only minimal efforts to comply with the preliminary injunction" to grant full relief to students. Instead, the judge said DeVos implemented a new methodology that calculated a borrower's eligibility for partial loan forgiveness based on their average earnings.

The judge also said that the Education Department "mistakenly notified at least 3,000 Corinthian borrowers that their loans are entering repayment, rather than stopped collection or forbearance status."

Kim threatened to "impose additional sanctions, including the appointment of a Special Master to ensure compliance with the preliminary injunction” if DeVos and the Education Department  “fail to comply” with the order.