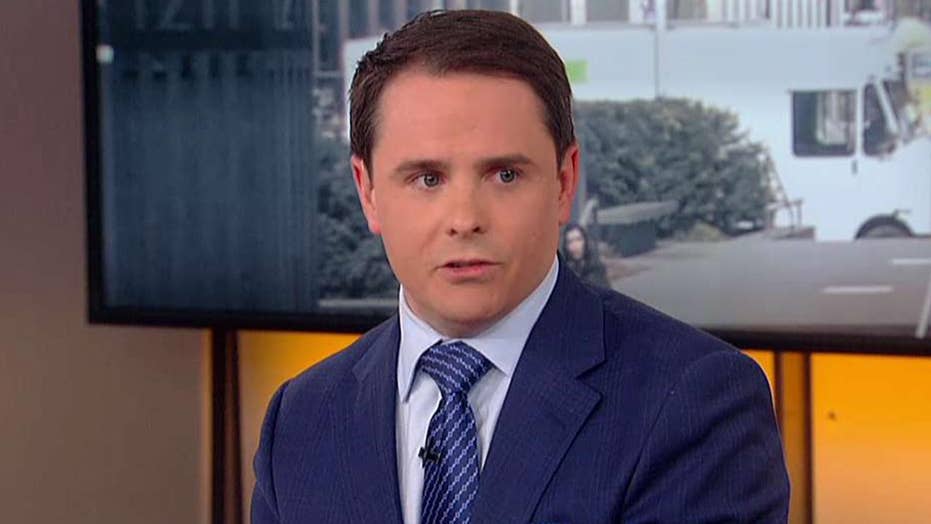 Questions on who's to blame for the immigration stalemate in Congress; reaction on 'Outnumbered.'

The illegal immigrants brought to the U.S. as children – known as Dreamers – say that they have been failed by Democrats who are more interested in blaming President Trump and Republicans than delivering a congressional measure that would protect the young people from deportation as they await a path to legal residency.

“They don’t walk their talk,” said Cata Santiago, a 20-year-old Dreamer who was brought to the U.S. from Mexico when she was just 8 years old. “We’re tired of it. We’re tired of believing them when they say ‘It’s the Republicans.’ They make promises when they’re in an election, and when it’s over they’re done and don’t do anything.”

“I’ve decided to put my faith in my community [of Dreamers] and not in the Democrats,” Santiago told Fox News.

We're tired of believing [Democrats] when they say 'It's the Republicans.' They make promises when they're in an election, and when it's over they're done and don't do anything.

On Monday, when a program that temporarily shields such immigrants from deportation had been set to end, Dreamers held a sit-in at the national headquarters of the Democratic National Committee in Washington, D.C., to shine a spotlight on what the youths describe as the Democrats’ betrayal of them.

“The Democrats made the calculation to kick the can down the road and allow hundreds of thousands of us undocumented youth to live in uncertainty,” said Maria Duarte, one of the participants, in a statement. “We are anxious and we are scared of being torn away from our homes and our community.”

Many Dreamers say they are urging their supporters to suspend their affiliations with the Democratic Party until they see evidence that members of Congress who have portrayed themselves as working on a solution to their undocumented status are doing more than just making promises and giving reassurances.

Members of the Seed Project, a part of the Movimiento Cosecha (or the Harvest Movement), which advocates for undocumented immigrants, say they are determined “to continue to expose the Democrats’ false promises.”

Many Dreamers say Democratic leaders such as Sen. Chuck Schumer of New York have strung them along on immigration. (AP)

In the short term, many want an extension of the program, a 2012 initiative by President Barack Obama called the Deferred Action for Childhood Arrivals, or DACA. But what they most want is a permanent fix – congressional legislation that would give them a way to legalize their status in the only country many of these young people truly consider home.

Democrats relinquished the leverage they had for meaningful legislation...[they] aren't fooling anyone.

Many Dreamers have blamed Democrats, particularly Sen. Chuck Schumer of New York, for boasting about having plans that will result in legislation to benefit Dreamers, but then letting the ball drop by failing to push assertively for the youths, or by refusing to compromise for the sake of political optics.

“Democrats relinquished the leverage they had for meaningful legislation,” wrote Cesar Vargas, a civil rights attorney who has advocated for immigrant causes, in an opinion piece in the Huffington Post.

“Democrats have no plan, and once again, Schumer, now the minority leader, is showing that protecting these immigrants…was never his priority,” he said. “The lack of leadership by Democrats, however, is nothing new. In 2009, they controlled the White House and Congress and still failed to bring up immigration reform for a vote.”

The DNC maintains that it is the only party that the Dreamers can count on.

DNC National Press Secretary Michael Tyler said to Fox News: "The Democratic Party is the only party that is standing with and committed to protecting Dreamers. Our Democratic President Barack Obama established DACA to provide relief for Dreamers because Congress failed to act."

"And now, Donald Trump has rescinded DACA to pander to his base all at the expense of Dreamers," Tyler said. "Democrats have put countless proposals on the table, and yet this president and Republican Congress refuse to take action."

Many Dreamers say that their disappointment in Democrats is nothing new, and goes back some 17 years.

In 2010, they say, Congress seemed close to passing a Dream Act when it passed in the House of Representatives, only to have it fail in the Senate after five Democrats voted against the measure.

The frustration directed at Democrats, the critics say, does not mean that they don’t blame Republicans for the Dreamers’ uncertain future.

But it’s the Democrats, they say, who have gone out of their way to depict themselves as their only hope on immigration efforts that will give them a chance to legalize their status. Obama did the same, many note, when he was running his presidential campaigns, only to end up presiding over a record number of deportations. They feel used.

The Democratic Party is the only party that is standing with and committed to protecting Dreamers...Donald Trump has rescinded DACA to pander to his base all at the expense of Dreamers.

“We’re done speaking to the Democrats behind closed doors and trusting them,” Santiago said, “everything is going to happen out in the open.”

Rev. Gabriel Salguero, president of the National Latino Evangelical Coalition, remembers taking political leaders to his churches around the country in 2010 to build momentum for Dreamer legislation.

“There’s been a lack of political will,” Salguero said to Fox News. “This is beyond partisanship, it’s a leadership issue. These kids trusted the process. We told them ‘If you play by the rules, if you wait, if you come forward, it will happen.’ They did everything that was asked of them. I understand their frustration.”