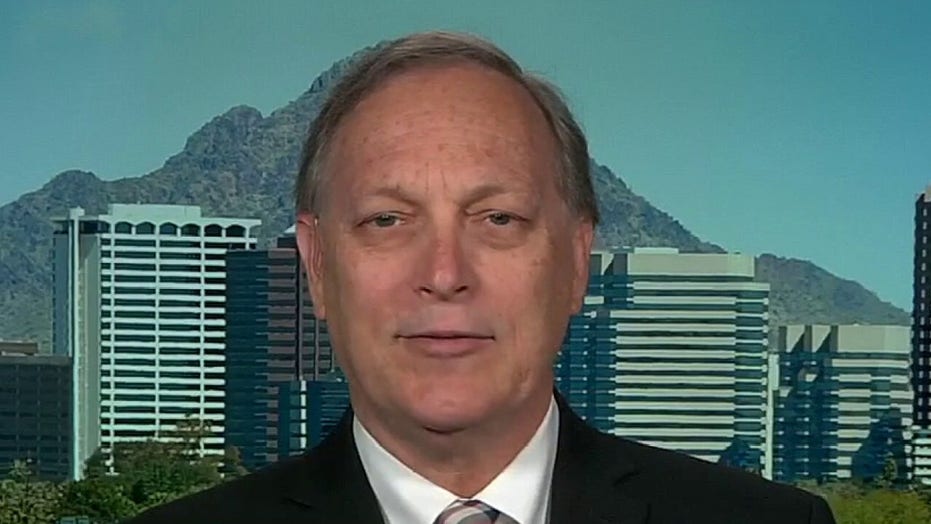 Rep. Biggs: Berman has to go when the president says so

Sen. Lindsey Graham said Saturday he will not take up President Trump's nomination for a new U.S. attorney for Manhattan unless New York's Democratic senators sign off.

Graham, a Republican from South Carolina who chairs the Senate Judiciary Committee, said he will honor the "blue slip" tradition and require the consent of home state senators to proceed -- in this case, Chuck Schumer and Kirsten Gillibrand.

Graham's statement signals an uphill climb for Trump to get a new Senate-confirmed federal prosecutor in one of the nation’s most high-profile districts. It comes hours after Attorney General Bill Barr made a Friday night announcement that Geoffrey Berman, the current U.S. attorney for the Southern District of New York, is stepping down.

Barr and the White House announced that Trump will nominate Jay Clayton, the current chairman of the Securities and Exchange Commission, to replace Berman.

But Berman, whose office has been a thorn in Trump's side, said he learned of his "departure" from Barr's press release and has no intention of leaving the job.

“I learned in a press release from the Attorney General tonight that I was ‘stepping down’ as United States Attorney," Berman said in a statement. "I have not resigned, and have no intention of resigning, my position, to which I was appointed by the Judges of the United States District Court for the Southern District of New York.”

Berman said he'll continue to move forward with his investigations and will only leave the post when the Senate confirms his replacement.

Graham's committee is the first stop for Senate confirmation of the nominee.

“According to Attorney General Barr, the Trump Administration intends to nominate Mr. Jay Clayton to be U.S. Attorney for the Southern District of New York," Graham said in a statement Saturday. “I have not been contacted by the Administration in this regard. However, I know Mr. Clayton and believe him to be a fine man and accomplished lawyer."

JUDGE ALLOWS BOLTON BOOK TO BE RELEASED, BUT SAYS HE 'GAMBLED' WITH NATIONAL SECURITY

Graham said, however, that he won't proceed until the New York senators give their consent, known as a blue slip.

“As to processing U.S. Attorney nominations, it has always been the policy of the Judiciary Committee to receive blue slips from the home state senators before proceeding to the nomination," Graham continued. "As chairman, I have honored that policy and will continue to do so.”

“I will not be complicit in helping President Trump and Attorney General Barr fire a U.S. attorney who is reportedly investigating corruption in this administration," Gillibrand said in a statement. "Jay Clayton should withdraw his name from consideration immediately and remove himself from this sham. President Trump cannot be allowed to desecrate our nominations process further.”

Schumer has already accused Barr of trying to interfere with ongoing investigations in the Southern District that involve Trump allies.

"[Clayton] can allow himself to be used in the brazen Trump-Barr scheme to interfere in investigations by the U.S. Attorney for the Southern District of New York, or he can stand up to this corruption, withdraw his name from consideration, and save his own reputation from overnight ruin," Schumer said in a statement Saturday.

The controversy over the New York federal prosecutor raised fresh alarm bells from congressional Democrats who accused Barr of trying to shut down legitimate criminal investigations.

House Judiciary Committee Chairman Jerry Nadler, D-N.Y., who helped prosecute the Trump impeachment case before the Senate, wants Berman to testify before his committee on Wednesday. It was not immediately clear if Berman would comply.

"America is right to expect the worst of Bill Barr, who has repeatedly interfered in criminal investigations on Trump's behalf," Nadler tweeted. "We have a hearing on this topic on Wednesday. We welcome Mr. Berman's testimony."

Sen. Elizabeth Warren, a potential vice presidential pick for Democrat Joe Biden, re-upped her calls for Barr to resign and for Congress to impeach him. "This is a naked abuse of power," Warren, D-Mass., tweeted.

It comes days after allegations surfaced from former Trump national security adviser John Bolton that Trump sought to interfere in a Southern District investigation into the Turkish Halkbank in an effort to cut deals with Turkish President Recep Tayyip Erdoğan.

After Barr's announcement late Friday, the White House followed up with an official statement that Trump intends to nominate Clayton, of New York, to replace Berman for a four-year term. Clayton has virtually no experience as a prosecutor.