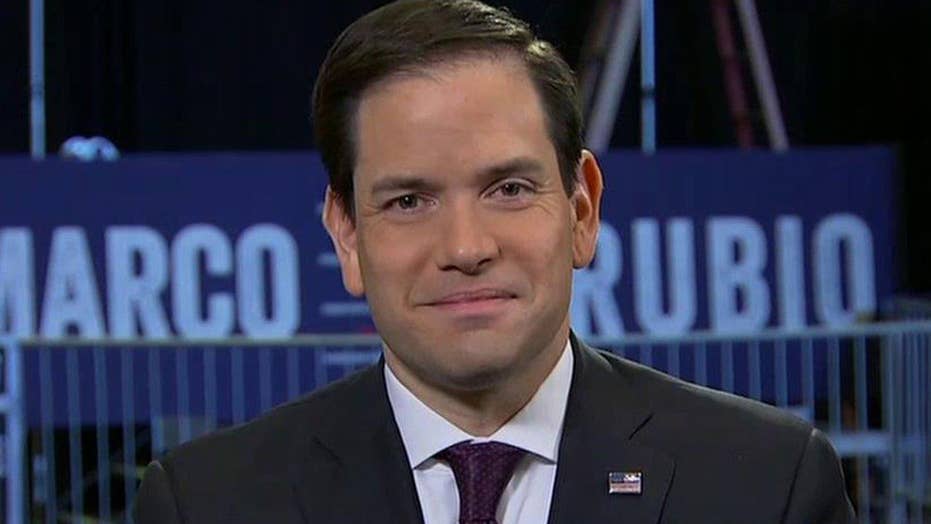 Fresh off his Saturday win in the South Carolina Republican primary, Trump said Sunday he didn’t know whether Rubio, a Florida senator who finished second, was eligible to run for president and that “the lawyers have to determine that.”

“I don’t know,” Trump told George Stephanopoulos on ABC’s “This Week.” “I really – I’ve never looked at it, George. I honestly have never looked at it. As somebody said, he’s not. And I retweeted it. I have 14 million people between Twitter and Facebook and Instagram and I retweet things, and we start dialogue and it’s very interesting.”

Rubio brushed aside Trump’s assertions later on “This Week.”

"@ResisTyr: Mr.Trump...BOTH Cruz AND Rubio are ineligible to be POTUS! It's a SLAM DUNK CASE!! Check it! https://t.co/NjqWP0pP6X"

“This is a pattern,” Rubio said. “This is a game he plays. He says something that’s edgy and outrageous and then the media flocks and covers that. And then no one else can get any coverage on anything else.

“And that worked where there were 15 people running for president. It’s not going to work anymore. I’m going to spend zero time on his interpretation of the Constitution with regards to eligibility.”

Trump was questioned on the issue after he retweeted a supporter Saturday who made the allegation and linked to a video from the Powdered Wig Society, a conservative news and commentary website. That video features an unidentified woman claiming someone can only be a “natural-born citizen” if the person’s father was a U.S. citizen.

The Constitution states only a “natural-born citizen” can be president, though it does not explicitly define that phrase.

Trump’s musings about Rubio’s eligibility is comparable to how his similar feud began with Cruz, a Texas senator, though that argument has since intensified.

Trump has argued that Cruz, who finished third in South Carolina, may not be a “natural-born citizen” because he was born in Canada, even though his mother was a U.S. citizen at the time of Cruz’s birth.

Numerous legal scholars have said both Cruz and Rubio are considered “natural-born citizens,” though Trump has said other experts disagree.

Similar questions of eligibility dogged previous Republican contenders such as John McCain in 2008, George Romney in 1968 and Barry Goldwater in 1964. McCain was born in Panama, Romney was born in Mexico and Goldwater was born in Arizona before it became an official U.S. state.