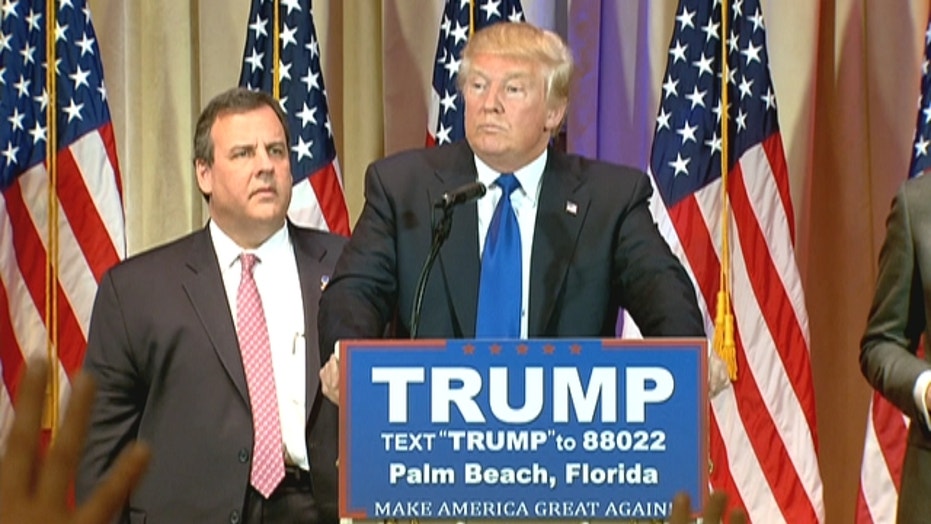 Trump says if the Great Wall of China can be built 2000 years ago, we can build a border wall.

During a victory press conference on Super Tuesday, Donald Trump doubled down on his immigration rhetoric – declaring Mexico will “100 percent” pay for the border wall and then saying the country is “killing us” at the border.

On Tuesday night, Mexico once again found itself in the crosshairs of the leading Republican nominee, who has used a hardline immigration policy to fuel his campaign. His tough talk on Mexico began as soon as he launched his campaign last June.

“As sure as you are standing there,” Trump said to a reporter who asked a question about immigration, “100 percent Mexico is going to pay. The reason is I am a business man, I know what I am doing.”

The real estate mogul reiterated that the wall is going to cost $10 billion, but he says Mexico will pay for that wall because they have a $58 billion trade deficit with the United States. He also said he believes that building a border wall can be done fairly simply today, saying that if China could build a 13,000 mile long wall 2,000 years ago, surely America could build a 1,000 mile wall today.

“I only want to use Caterpillar, if you want to know the truth, or John Deere. I buy a lot of equipment from John Deere, I love John Deere, too.”

Trump, in what appeared to be an attempt to seem more presidential, hosted a press conference where he shifted his attacks away from his opponents and toward Hillary Clinton – saying he would be better for jobs in America. He pointed to Mexico as a reason why the country is suffering.

“You look at countries like Mexico, where they are killing us at the border, absolutely destroying us on the border. They are destroying us in terms of economic development. Companies like Carrier air conditioner. Ford moving into Mexico. Nibisco moving to Mexico,” he said. “We have to stop it, folks. I know how to stop it. We are going to create jobs like you’ve never seen.”

Mexico has said it has no plans to attack a specific candidate and instead will come up with a broader plan to confront the hail of attacks lobbed at them, particularly by Mr. Trump.

An official in President Enrique Pena Nieto’s office said Tuesday that the Mexican government will not get into verbal duels with individual candidates. Instead, it will approach the eventual Republican and Democratic nominees once they are chosen and share information about the U.S. relationship with Mexico is an opportunity – not a threat.

Mexican officials said they would take a different tact to confront criticism.

"We could win the front page of all the newspapers here or in other places with a swear word and the next day that would not be good for anyone," Francisco Guzman, the Mexican official said. "What the government will do is deploy a greater effort to counteract the misinformation about the bilateral relationship, about the contributions of Mexican immigrants to the United States, but in a very neutral way," Guzman added. "It is not to go against one candidate."

During a visit to Mexico just last week, Vice President Joe Biden apologized to Mexico for some of this election’s “damaging” rhetoric.