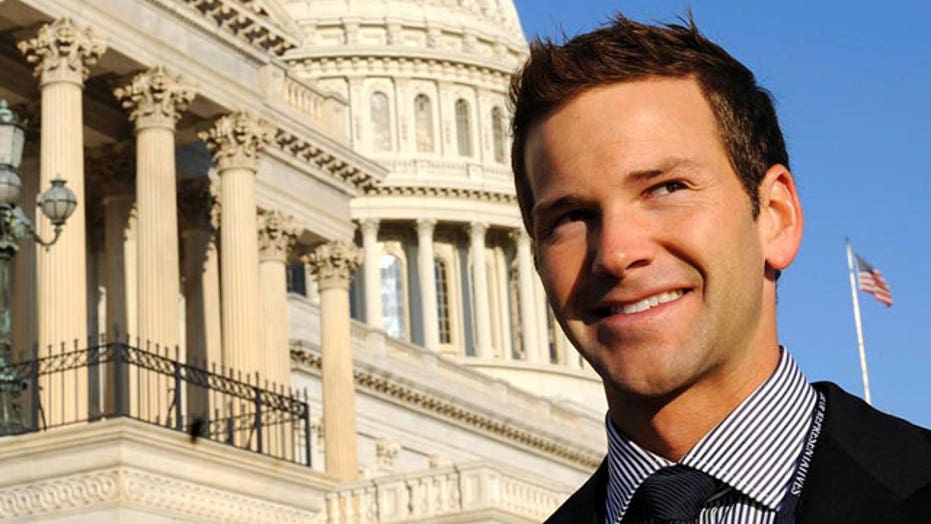 The Justice Department has launched an investigation into resigning Illinois Rep. Aaron Schock and is convening a grand jury, a law enforcement source told Fox News.

The Republican congressman abruptly resigned on Tuesday, citing a "heavy heart," following six weeks of revelations about his business deals and lavish spending on trips, mileage reimbursements and office decor in the style of "Downton Abbey."

The Associated Press earlier reported that, according to a source, the Justice Department's criminal investigation is focusing on his campaign expenses, as well as his personal business dealings with political donors.

The government was convening a federal grand jury in Springfield, Illinois, and the FBI has begun issuing subpoenas to compel people close to the Republican congressman to testify, the person told the AP. The grand jury was hearing testimony in early April, according to the subpoenas.

Schock, 33, a young, media-savvy Republican, said in a statement earlier this week that the constant questions about his spending and business dealings made it impossible to serve effectively as congressman.

The questions raised have included Associated Press investigations of his real estate transactions, air travel and Instagram use. On Monday, the AP confirmed that the Office of Congressional Ethics had reached out to Schock's associates as it apparently began an investigation.

House Speaker John Boehner was not informed of Schock's resignation before it was announced but has said he supports the decision.