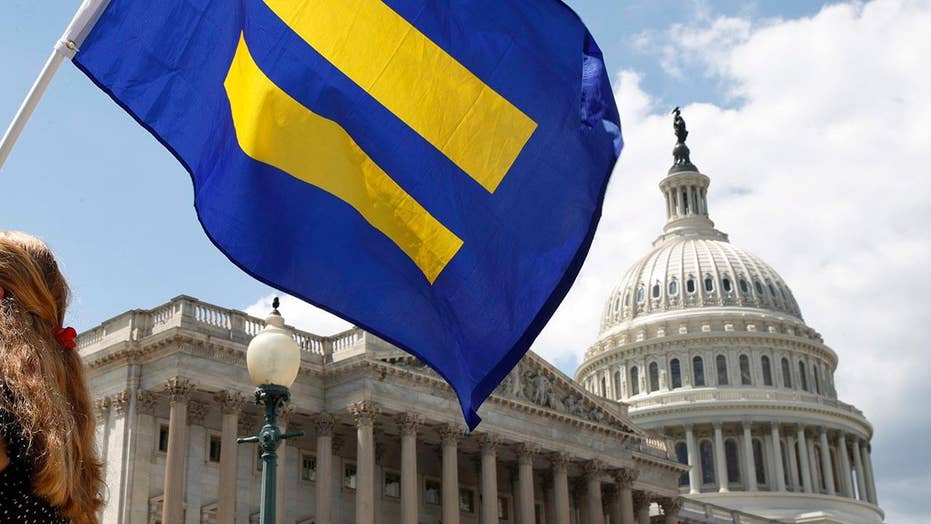 The Department of Justice is urging the Supreme Court to take up the legal battle over transgender military service.

The Supreme Court on Friday got a request from the Department of Justice, asking that it quickly hear cases regarding President Trump’s ban on certain transgender individuals joining the military.

The DOJ asked the nation’s highest court to take up three cases on the matter, The Associated Press reported -- an unusual mov,e as the Supreme Court doesn’t normally hear cases ahead of federal appeals courts’ decisions on them.

Lower courts have stood in the way of Trump officials' ability to carry out the policy.

“Absent an immediate grant of certiorari, there is thus little chance of a prompt resolution of the validity of [Defense] Secretary Mattis’ proposed policy. And so long as this or any other injunction remains in place, the military will be forced nationwide to maintain the [former Defense Secretary Ash] Carter policy — a policy that the military has concluded poses a threat to ‘readiness, good order and discipline, sound leadership and unit cohesion,’ which ‘are essential to military effectiveness and lethality.’”

Trump moves to ban most transgender troops from serving

In March, the president officially authorized the Pentagon to ban transgender individuals from enlisting in the military, with limited exceptions.

"Among other things, the policies set forth by the Secretary of Defense state that transgender persons with a history or diagnosis of gender dysphoria -- individuals who the policies state may require substantial medical treatment, including medications and surgery -- are disqualified from military service except under certain limited circumstances," a memo released by the White House earlier this year said.

A federal appeals court in Washington, D.C., had been scheduled to hear the issue next month.

And arguments for one of the cases were presented in October to a panel of judges from the Ninth Circuit Court of Appeals, although no ruling has been made yet.

That court, as of late, has drawn ire from Trump after Judge Jon S. Tigar issued a temporary restraining order late Monday against the president’s plan to refuse asylum to immigrants who cross the southern border illegally if they do not arrive at a port of entry.

The DOJ previously said that if that court does not issue a ruling by Friday, it would make its “cert before judgment” request with the Supreme Court.