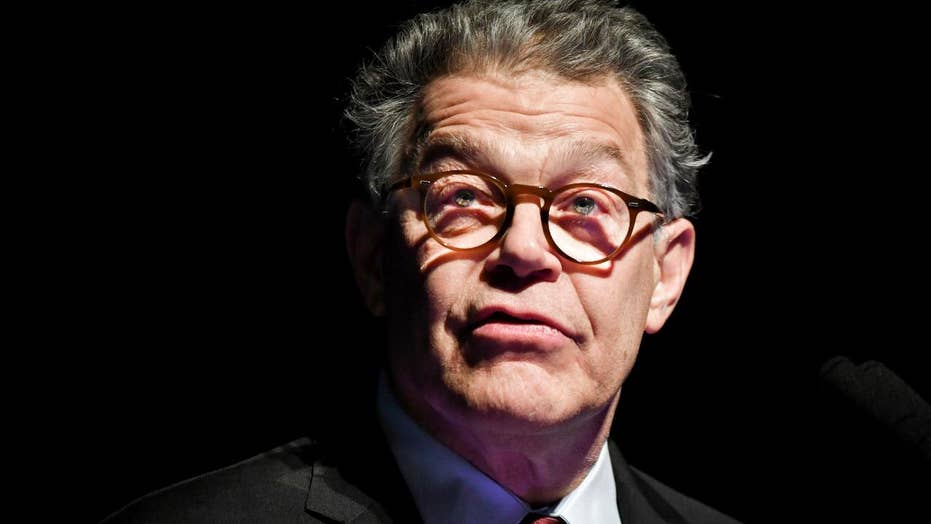 Al Franken says he will continue to make his voice heard

Disgraced former Minnesota Sen. Al Franken, who resigned amid allegations of inappropriately touching several women, said in a Thanksgiving message he’s reflecting on the conversation surrounding the #MeToo movement and promised to “listen and learn.”

“I’ve also spent a lot of time over this past year thinking about the broader conversation we’ve been having about the experience of women in this country," Franken wrote in a Facebook post Thursday. “I know that, for so many people, this issue raises a lot of powerful and painful feelings. This conversation can also be incredibly complicated. I don’t think it’s my place to weigh in on all the debates — but I will continue to listen and learn."

Franken was pressured to resign last year after eight women accused him of sexual misconduct. Prominent Democrats, such as New York Sen. Kirsten Gillibrand, urged Franken to step down.

FRANKEN RESIGNS FROM SENATE AMID NEW CLAIMS OF SEXUAL MISCONDUCT, BACKLASH FROM DEMS

But his resignation speech on the Senate floor drew criticism for appearing to not be remorseful enough and for instead taking parting shots at Republicans.

He said in response to the accusations that he “wanted to be respectful” to the seriousness of such claims in general, but that would only give “some people the false impression that I was admitting to doing things that, in fact, I haven't done.”

“Some of the allegations against me are simply not true. Others I remember very differently,” he added.

“Some of the allegations against me are simply not true. Others I remember very differently,

DISGRACED FORMER SEN. AL FRANKEN ON WHETHER HE'D RUN FOR OFFICE AGAIN: 'I HAVEN'T RULED IT OUT'

The former senator also wrote on social media that he hopes to come back to the spotlight and advocate for liberal causes in the future, though he cautioned he’s not “running for anything.”

“As we gather around the table this year, we have a lot to celebrate, including a whole bunch of thrilling Democratic victories. But we also have a whole lot to worry about when it comes to our country,” he wrote. 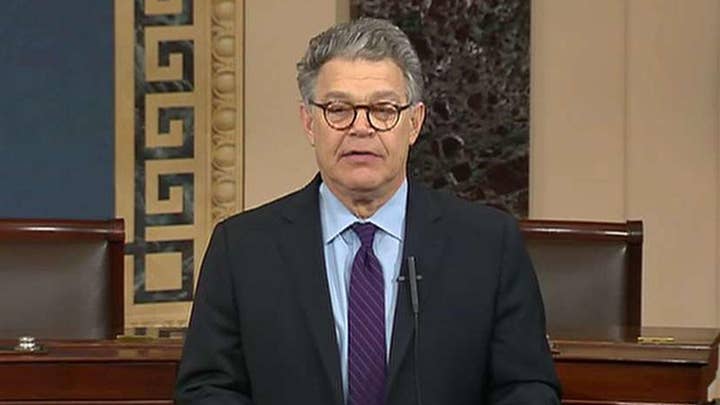 Franken added: "For me, and for so many of you, politics has always been about the improvement of people’s lives, just like [former Minnesota Sen.] Paul Wellstone said. And there’s so much more work left to do. I still miss being in the fight every day, and while I’m certainly not running for anything, I hope that, in the next year, I’ll have the chance to help make a difference again."

Franken said in July he hadn’t yet ruled out the possibility of running for public office again in the future.

“Well, see, if I say anything there, you'll put it in the story. I don’t know. I don't know,” Franken said during an interview with CBS Minnesota when asked whether he will run again. “I haven’t ruled it out, and I haven’t ruled it in.”