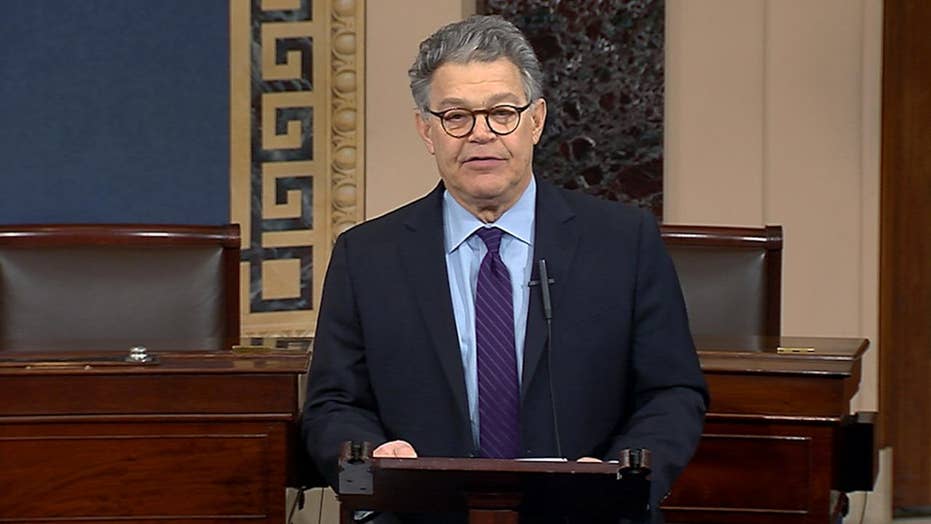 Franken resigns from Senate amid new claims of sexual misconduct, backlash from Dems

Sen. Al Franken (D-Minn.) resigns amid a growing number of women accusing him of sexual harassment. Franken, who said that some of the complaints against him were “simply not true” and that he remembers others “differently,” also took a parting shot at President Trump.

Disgraced former Sen. Al Franken, who resigned last year over allegations of sexual misconduct, said Monday he hadn’t yet ruled out the possibility of running for public office again in the future.

“Well, see, if I say anything there, you'll put it in the story. I don’t know. I don't know,” Franken said during an interview with the CBS Minnesota when asked whether he will run again. “I haven’t ruled it out, and I haven’t ruled it in.”

He was asked about his potential return to politics after he attended the dedication of Bug-O-Nay-Ge-Shig High School on the Leech Lake Indian Reservation. He managed to secure $12 million funding for a new facility there during his time in the U.S. Senate.

“That means a lot to me. It was very moving for me. It was very gratifying. I put my heart in the job,” Franken said about the project and his work as a senator. “I miss the whole job. I loved that job, I loved the job as Senator.”

Franken resigned back in December after a number of women came forward to accuse him of sexual misconduct ranging from groping to forcibly trying to kiss women.

Multiple female Democratic lawmakers called upon Franken to resign after he expressed reluctance to vacate his position, arguing that he remembers the alleged incidents differently.

FRANKEN RESIGNS FROM SENATE AMID NEW CLAIMS OF SEXUAL MISCONDUCT, BACKLASH FROM DEMS

“Enough is enough,” said New York Sen. Kirsten Gillibrand as a wave of calls resignation calls hit Franken, with at least 36 members of his own party urged him to resign.

During the resignation speech, Franken said it was “the worst day of his political life” and insisted the claims made against him were “simply not true.” He reiterated that he remembers the incidents “differently.”

Franken’s wife Franni told the local TV station on Monday that the resignation was difficult for the family. “It has been a challenge, but we do get to spend more time together, and I think there are times that both us would like to spend less time together,” she said.