It's officially underway, but it remains to be seen just how much of an impact it will have.

Advocates for an immigration reform bill are gathered Tuesday afternoon at the National Mall for a rally and march meant to draw attention to their cause. They had vowed to bring together "tens of thousands" of participants, but an actual head count as the event got started was not yet available.

The rally comes as many federal workers are on furlough because of the shutdown, and the National Mall itself is shuttered. But event organizers still planned to go ahead, based on first amendment rights.

The organizers are bringing out heavy oratorical artillery, from the House Minority Leader Nancy Pelosi, a California Democrat, to veteran congressional champions for immigration reform such as Rep. Luis Gutierrez, a Democrat from Illinois, Rep. Mario Diaz-Balart, a Republican from Florida, and Sen. Robert Menendez, a Democrat from New Jersey.

The demonstration, called “Camino Americano: March for Dignity and Respect,” is scheduled to begin at about noon and continue through the early evening. It is expected to feature “stories of suffering and strength and demand passage of commonsense immigration reform,” according to the OctoberImmigration.org website.

The march, which has been planned for some time, with a series of rallies and town hall meetings in the summer and through this past weekend leading up to it, comes as immigration reform efforts have stalled in Capitol Hill — these days Congress is focused on the partial government shutdown, the new engine of bipartisan bickering in Washington D.C., after what to do about the Syrian regime moved to the sidelines.

"The event serves to continue the broad movement’s plans of escalation for the month of October to ensure Congress votes and approves immigration reform before the end of this year," said a statement by The United Farmworkers, one of several organizations involved with the rally. "Two hundred of the attendees – local and national leaders, impacted immigrants, and civil rights, labor, and faith leaders – have decided to take the rally one step further by engaging in civil disobedience, which puts them at risk of arrest."

A comprehensive bill passed in June in the Senate, but the House has addressed the issue in fits and starts. Conservative members in the House say they will not rubber stamp the Senate bill, and they vow not to pass any measure that would provide “amnesty” to people who are here illegally. The Senate bill, drafted by a bipartisan group called "The Gang of Eight," at its core tightens immigration enforcement, expands visa programs for foreign workers, and provides a path to legal status for undocumented immigrants who meet a strict set of criteria.

There is to be the reading of names of people who have died at the border or been deported, it will close with a march to the U.S. Capitol.

Some have criticized the decision to allow the rally to proceed.

“Obama closed the National Mall to WWII vets. You can visit it tomorrow, but only if you’re in the illegal alien rally,” wrote Rep. Steve Stockman (R., Texas) on his Twitter feed, according to published reports.

Stockman referred to veterans who had tried to visit the National World War II Memorial on the National Mall during the first day of the partial government shutdown last week. 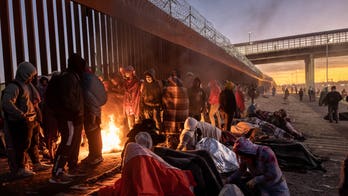 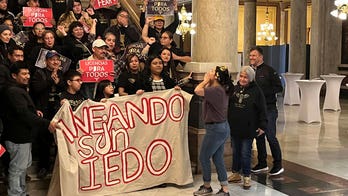 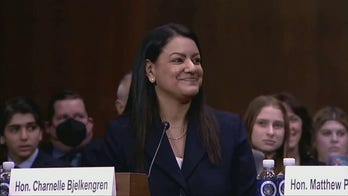