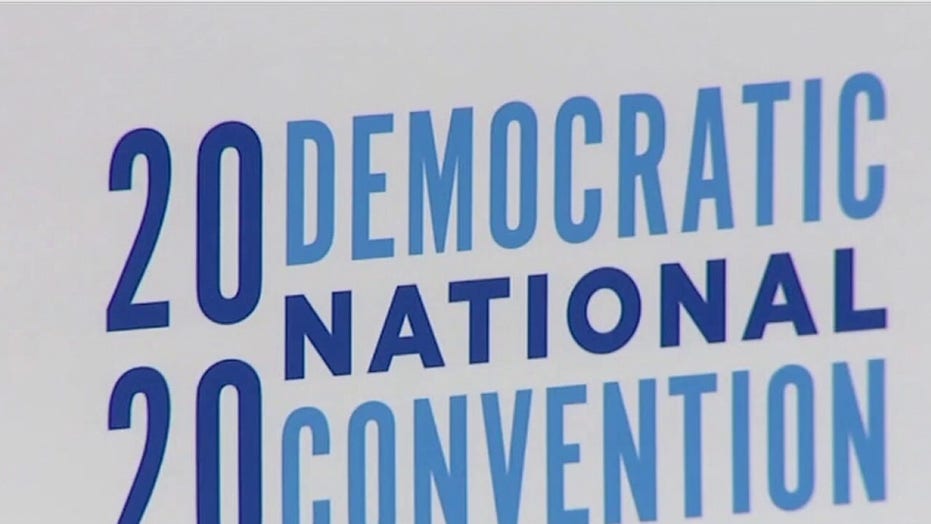 Police agencies back out of DNC security agreement for Milwaukee convention

Over 100 police agencies have pulled out of DNC convention security in Milwaukee, Wisconsin after a directive to stop the use of tear gas and pepper spray; Christina Coleman reports.

Democratic Party officials said on Wednesday that they’re aiming for “a safe and secure” national nominating convention next month in Milwaukee, Wis., after police agencies pulled out of security agreements for the event.

“As plans evolve due to the ongoing pandemic, we will continue to work with local law enforcement officials, in coordination with the United States Secret Service, to ensure that the 2020 Democratic National Convention is a safe and secure event for Milwaukee residents and everyone involved with our convention,” convention press secretary Tim Carroll told Fox News.

MORE THAN 100 POLICE AGENCIES BACK OUT OF DEMOCRATIC CONVENTION SECURITY

Carroll’s statement comes one day after more than 100 police agencies pulled out of security agreements to send personnel to next month's Democratic National Convention over orders that would prevent officers from using certain crowd-control measures during potential protests.

The police departments were part of a collective of outside agencies poised to send officers to secure the event, which will run from Aug. 17-20. The action comes after the Milwaukee Fire and Police Commission directed Milwaukee Police Chief Alfonso Morales to change department policy to restrict the use of tear gas and pepper spray.

The civilian oversight commission issued the directive last week in response to the use of tear gas on crowds during protests following the death of George Floyd, a Black man who died while in the custody of police in Minnesota. Floyd’s death in late May sparked protests and unrest in cities across the country. Demonstrations against police brutality toward minorities and systemic racism still continue in some cities.

Officials with the West Allis Police Department in suburban Milwaukee told Fox6 News in Wisconsin that “It is our belief WAPD officers assisting with the DNC could be put in a position where they may not have the proper equipment to safely perform their duties and protect the public.”

They said they’re no longer sending 10 officers to assist with convention security.

The convention, which will be held at the Wisconsin Center in downtown Milwaukee, has been scaled down to a mostly virtual confab. While former Vice President Joe Biden will accept his presidential nomination in person on the final night of the convention, most of the events will be held online.

In the spring, as the coronavirus pandemic was sweeping the nation and forcing most Americans to huddle in their homes, party officials pushed back the start of the convention from mid-July to Aug. 17. And last month the Democratic National Committee (DNC) announced that their confab would be conducted mostly online – with delegates and Democratic members of Congress taking part in the convention virtually rather than in person. They also downsized their venue from Milwaukee’s indoor arena to the much smaller convention center.