Single-payer health care: What is it?

Senator Bernie Sanders is rallying support for a single-payer health care system. What does that entail and how much would it cost?

A leading ObamaCare architect is the latest Democratic figure to get behind the push for single-payer health care, as Sen. Bernie Sanders prepares to unveil his “Medicare for all” bill this week – kicking off a campaign sure to put immense pressure on senior Democrats and 2020 presidential hopefuls to support the costly proposal.

The push for government-funded health care once was relegated to the fringes of the Democratic Party but has made its way into the mainstream. The latest example of this was former Sen. Max Baucus saying last week that lawmakers should start looking at single-payer.

"I just think the time has come," he told NBC News, after making similar remarks at a public event in his home state of Montana.

Baucus led the Senate Finance Committee during ObamaCare talks and acknowledged he opposed single-payer at the time, because it was “branded as socialistic by too many people.”

WHAT IS SINGLE-PAYER HEALTH CARE?

Times have changed – at least among Democratic lawmakers.

Sanders plans to introduce his bill on Wednesday, along with “Senate co-sponsors.” Sanders recently confirmed one of them – Sen. Sheldon Whitehouse, D-R.I. – and another, California Sen. Kamala Harris, also revealed to constituents she plans to co-sponsor the bill.

Harris is considered a potential 2020 presidential candidate and her early endorsement of Sanders’ plan indicates how the legislation could emerge as a litmus test for other 2020 candidates – demonstrating their alignment with the liberal wing of the party.

In a fundraising email at the beginning of the month, Sanders vowed to “run Medicare for all like a campaign” – pointing to the pressure his supporters will exert on members of Congress. 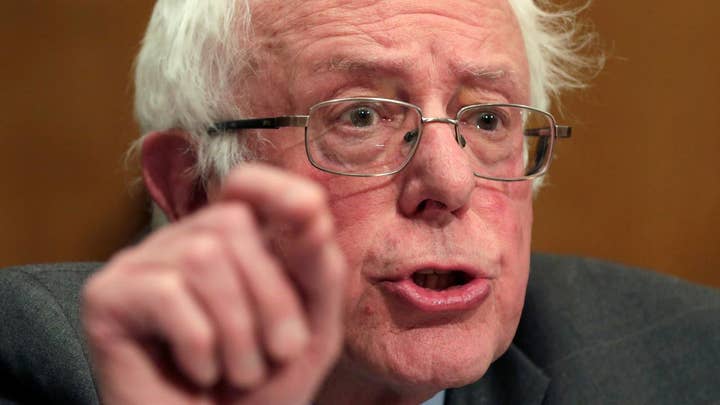 “We're going to put together a grassroots movement that organizes people in all parts of this country much like we did during the presidential race,” Sanders wrote. “There will be rallies, buttons, bumper stickers, shirts and most importantly people organizing in their communities across the country.”

The proposal, though, is likely to come with enormous taxpayer costs.

Under this European-style health care system, the government is solely responsible for covering health care expenses. Sanders, I-Vt., rolled out an earlier version of his proposal during the Democratic presidential primaries in 2016.

At the time, he initially estimated the plan would cost $13.8 trillion over the first 10 years. But according to an analysis by the nonpartisan Urban Institute, the single-payer system would cost the federal government more like $32 trillion over the first decade, requiring an average annual tax increase of $24,000 per household. (That increase would be offset in part by a big reduction in private health care spending, and state/local government spending.)

A spokesman for Sanders recently told Fox News that the Urban Institute's figure was "not accurate" with respect to the 2017 proposal.

"This bill is substantially different and more detailed than the brief plan released during the campaign," the Sanders spokesman told Fox News.

Democrats do not have the numbers to pass any such legislation right now, but the issue could become a focal point of the party’s efforts to win back one or both chambers in the 2018 midterms. A majority of House Democrats already support “Medicare-for-all” legislation.