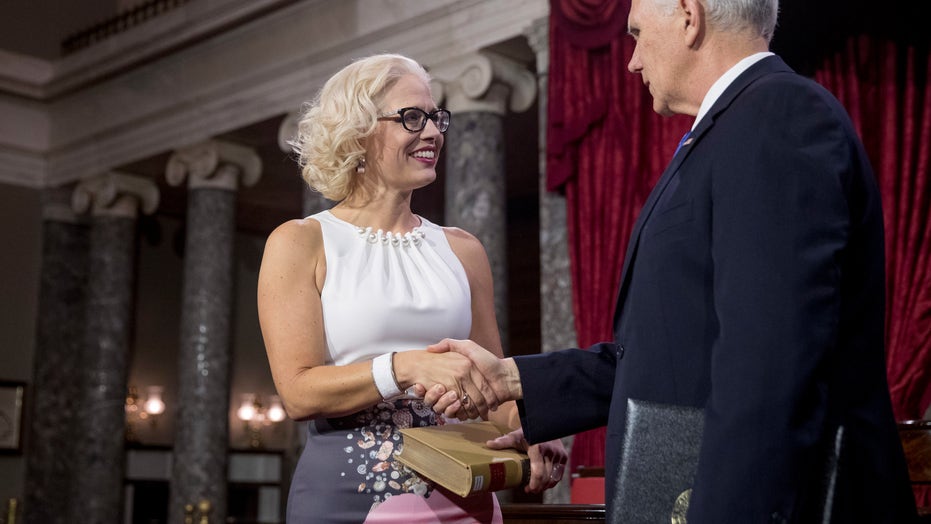 Sen. Kyrsten Sinema, D-Ariz., said this week that she does not support launching impeachment hearings against President Trump in the wake of Special Counsel Robert Mueller’s Russia report -- the latest wrinkle in left-wing Democrats’ plans to oust the president.

The Arizona Republic asked Sinema, who won a tight race in the traditionally Republican state in November, whether she supported impeachment proceedings.

SCHIFF HEDGES ON TRUMP IMPEACHMENT, SAYS INSTEAD, 'VOTE HIS A-- OUT OF OFFICE'

“No,” she responded. When asked why, she said: “Everyone knows.”

Sinema will receive a classified version of the report next week, and she said that she wants to “read all the information I can get before making a determination” on her views of Mueller’s findings.

While investigators effectively cleared the president and his associates on the question of collusion with the Russian government, it outlined a series of actions investigated as part of the obstruction-of-justice inquiry -- although it did not make a determination on the question.

Democrats have demanded access to the full unredacted report and called on Mueller to testify, but some left-wing Democrats in the House and in the 2020 field have called for the House to begin impeachment proceedings.

“We cannot be an America that says it is OK for a president of the United States to try and block an investigation into a foreign attack on our country or an investigation into that president’s own misbehavior -- so I have called on the House to initiate impeachment proceedings,” Sen. Elizabeth Warren, D-Mass., said in New Hampshire last week.

In justifying her call, she said that there are “three big toplines [from the Mueller report] that are inescapable.”

“A hostile foreign government attacked our 2016 election in order to help Donald Trump; Donald Trump welcomed that help; and when the federal government tried to investigate what happened, Donald Trump took multiple steps to try and derail or obstruct the investigations,” she said.

Sen. Kamala Harris, D-Calif., said Monday that she believes Congress “should take the steps toward impeachment,” although she noted the difficulties such a push would face getting through the Republican-controlled Senate.

In the House, the push has picked up the support from left-wing freshman Democrats. Rep. Rashida Tlaib, D-Mich., who said in January that she wanted to “impeach the motherf----r,” has introduced a resolution urging the House Judiciary Committee to probe whether Trump committed impeachment-level offenses. That resolution has been signed onto by fellow freshman Reps. Ilhan Omar, D-Minn., and Alexandria Ocasio-Cortez, D-N.Y.

But not only would impeachment be a tough sell to Republicans, it has been opposed by House Speaker Nancy Pelosi who said last month: “I’m not for impeachment.”

"Impeachment is so divisive to the country that unless there’s something so compelling and overwhelming and bipartisan, I don’t think we should go down that path, because it divides the country,” she told The Washington Post. “And he’s just not worth it."