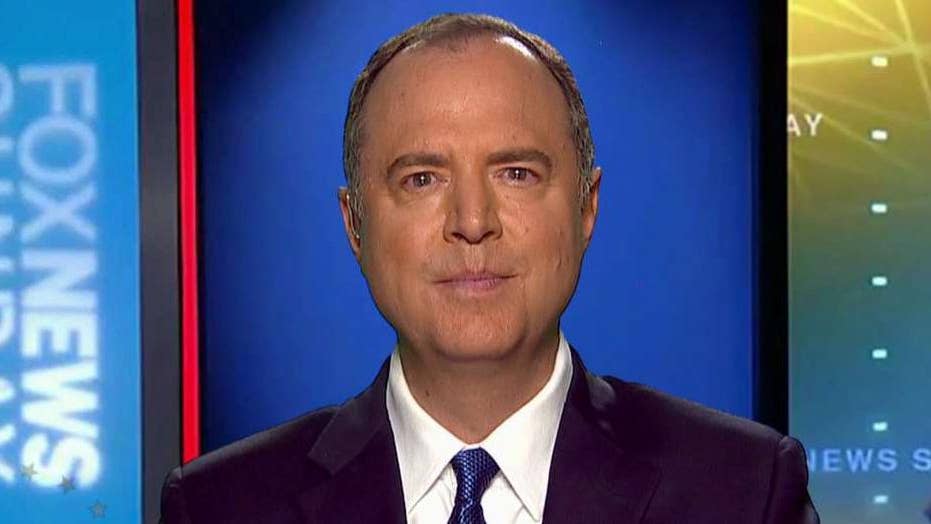 U.S. Rep. Adam Schiff, D-Calif., chairman of the House Intelligence Committee and a vocal critic of President Trump, said Friday night that he had “no expectations” that Trump would be indicted by Special Counsel Robert Mueller at the conclusion of the Russia investigation.

“Even if the evidence supported it, because [Mueller] is fundamentally conservative -- and I don’t mean left-right conservative -- but he was going to follow the established policy. He was not going to make new ground," Schiff said during an appearance on HBO's "Real Time with Bill Maher.

"So I didn't think it was realistic to expect that [Mueller] would indict the president," Schiff continued, "and those that did, I think, were unrealistic in their expectations."

Last week Attorney General William Barr released a redacted version of the full Mueller report that cleared the president of collusion with Russia. Nevertheless, House Democrats are continuing their investigations into the president's actions -- while Republicans want answers about how the investigation began.

Schiff argued that the report ultimately did prove that Trump was “unfit for the presidency.”

“I do think [Mueller] laid out what we needed to see, which is that the Russians were engaged in a systemic effort to interfere in our election, that the Trump campaign welcomed it, embraced it, built it into their plan, made full use of it, lied about it, covered it up and then obstructed the investigation into it,” Schiff said.

“And if we had any doubt before about this president's fitness for office there was no doubt remaining. He is unfit for the presidency.”

Maher pressed Schiff on the Democratic Party’s continued focus on the Mueller report.

"Now, it looks like you’re stalking him,” before bringing up impeachment, Maher said.

Schiff hesitated to commit to impeachment, focusing instead on the 2020 election.

“”I’m not there yet on impeachment. I may get there. He may get me there,” Schiff said. “At the end of the day, Bill, there's only one way to deal with this problem, whether we impeach him or not. And that is to vote his a-- out of office.”

"At the end of the day, Bill, there's only one way to deal with this problem, whether we impeach him or not. And that is to vote his a-- out of office."

Schiff told Maher he is advising his colleagues as well as the Democratic Party's presidential candidates to not talk about Russia. He also began making his case for whom he'll support in 2020 -- anyone except President Trump.

“And I'll tell you who I'm behind in 2020 and I'm behind them the heart and soul," Schiff said. "Any living adult 2020. Anyone who gets the nomination. We all need to get behind them whether we were for them or not for them."