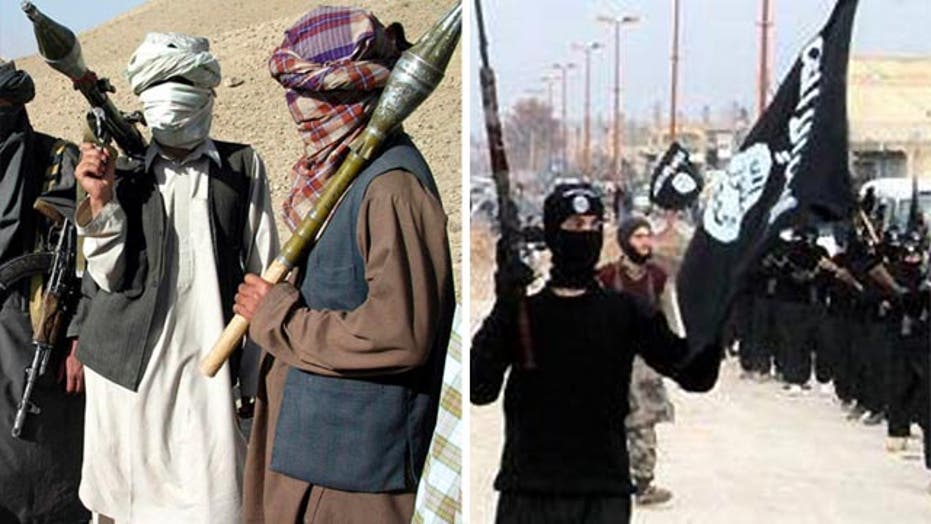 ISIS, Al Qaeda competing as main terror threats to US

Rep. Tim Bishop, D-N.Y., warned during a recent speech that up to 40 radicalized U.S. citizens who have fought alongside the Islamic State of Iraq and Levant (ISIL or ISIS) have already returned to the United States, where they could pose a terrorist threat.

Bishop claims that of the 100 or so Americans who have traveled to the Middle East to join ISIL’s ranks, some 40 have returned and are currently being surveilled by the FBI, according to his remarks, which were filmed and uploaded to YouTube last week.

“One of the concerns is the number of U.S. citizens who have left our country to go join up with ISIS,” Bishop said during the speech. “It is believed there have been some number up to 100 that have done that.”

“It is also believed that some 40 of those who left this country to join up with ISIS have now returned to our country,” Bishop said, eliciting shocked responses from some in the crowd.

These 40 individuals, Bishop said, “are under FBI attention and surveillance. So they are known and being tracked by the FBI.”