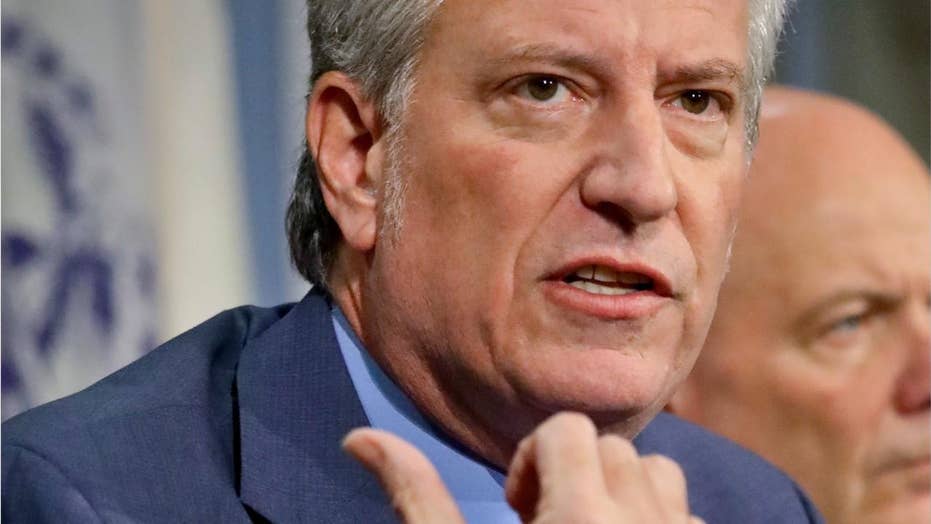 Mayor Bill de Blasio cited his 'socialistic impulse' in describing an ideal world where New York City government has control over all land and building development in his city.

New York City Mayor Bill de Blasio on Tuesday announced plans to launch “the largest, most comprehensive plan in the nation” to guarantee health care coverage for all city residents, including those in the country illegally.

“Health care is a right, not a privilege reserved for those who can afford it,” de Blasio said in a statement. “While the federal government works to gut health care for millions of Americans, New York City is leading the way by guaranteeing that every New Yorker has access to quality, comprehensive access to care, regardless of immigration status or their ability to pay.”

The liberal mayor said the plan will serve the 600,000 New Yorkers who don’t have insurance by strengthening NYC’s public health insurance option, MetroPlus.

It will also guarantee health care access to those ineligible for insurance, including illegal immigrants who live in New York. That program, NYC Care, will launch this summer and will cost at least $100 million annually at full scale, the city said.

In a tweet, de Blasio said the plan will “ensure the first stop for people isn’t the emergency room.” He argued that preventative care and access to primary care doctors will cut down on emergency room visits.

But it's unclear how the program will be funded, and Republicans swiftly objected to using taxpayer dollars to pay for health care for those in the country illegally.

“Our citizens have hard enough time covering their own healthcare costs,” Nicole Malliotakis, a member of the New York State Assembly who represents Brooklyn and Staten Island, tweeted. “Now, @nycmayor also wants them to pay for healthcare of 300,000 citizens of other countries. He must stop abusing the middle class and treating us like his personal ATM.”

De Blasio's announcement came after California's new Democratic Gov. Gavin Newsom outlined a similarly ambitious health care agenda for his state, aimed at offering more benefits to illegal immigrants and protecting the embattled Affordable Care Act. Medi-Cal, the state's health insurance program, now will let illegal immigrants remain on the rolls until they are 26, up from 19, according to Newsom's new agenda.

The de Blasio administration said Tuesday that all services will be “affordable on a sliding scale.”