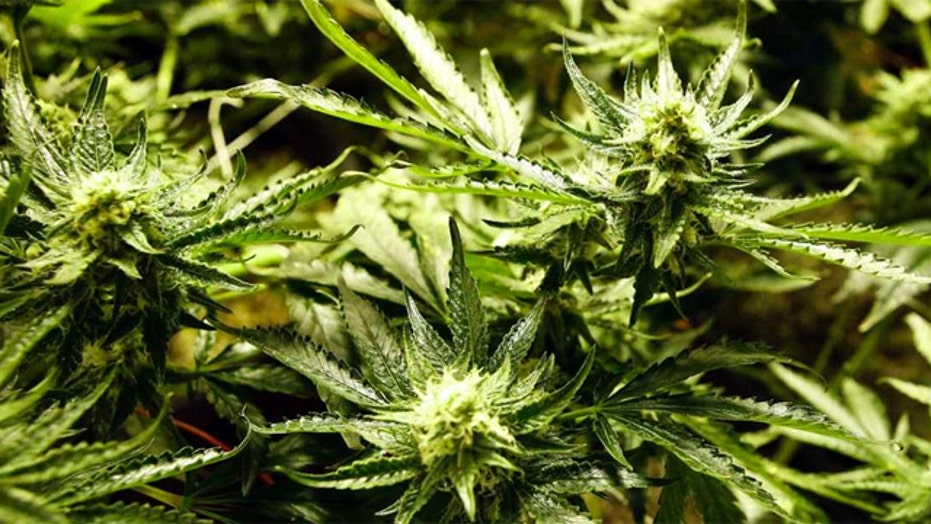 Are Colorado's marijuana laws finally up in smoke?

The threat came in a letter.

House Oversight Committee Chairman Jason Chaffetz, R-Utah, and Government Oversight Subcommittee Chairman Mark Meadows, R-N.C., rolled a missive over to Washington, D.C., Mayor Muriel Bowser late Tuesday night. In a little more than 24 hours, Washington, D.C., was set to become the first jurisdiction in the eastern U.S. to decriminalize small amounts of pot. And with marijuana about to become legalized in the nation's capital at 12:01 a.m. Thursday, Chaffetz and Meadows were determined to pre-empt jokers, smokers and midnight tokers in the federal city.

The Chaffetz/Meadows message to Bowser, a Democrat, was blunt.

"If you decide to move forward tomorrow with the legalization of marijuana in the District, you will be doing so in knowing and willful violation of the law," the congressmen warned the mayor. "We strongly suggest you reconsider your position."

It's doubtful that Obama's Justice Department would prosecute Bowser or other city figures. Mike Steel, an aide to House Speaker John Boehner, R-Ohio, deferred comment to the Oversight Committee. Steel said he was unaware of any movement by the House to potentially sue the city.

But the congressional interference has drawn a strong reaction. Democratic Del. Eleanor Holmes Norton, Washington, D.C.'s non-voting representative in Congress, claimed her colleagues were being "unnecessarily hostile" toward the capital.

And, in the end, the last-minute warning didn't work. Growing and possessing weed became legal in the city overnight.

But how can two lawmakers from other states have any say in local Washington, D.C., affairs? Let's get into the weed(s).

The District of Columbia has a long and sordid history with the U.S. Congress serving as a super city council. Washington, D.C., is afforded no vote in either the House or Senate -- despite federal taxation of the city's residents. The federal government controls nearly 30 percent of all land in the District of Columbia. And until the mid-'70s, Congress essentially ran the city.

Article I, Section 8 of the U.S. Constitution grants Congress the right "to exercise exclusive Legislation in all Cases whatsoever," over Washington, D.C. But 42 years ago, Congress ceded some of that authority to the city, establishing "home rule." That law granted the District of Columbia the right to elect a mayor, a city council and form a local government. D.C. could enact and enforce its own laws like any other city in the country.

However, Congress periodically wades back into Washington's affairs when things heat up. Such has been the case on local issues like abortion, needle exchange programs, education and firearms.

And then along comes Mary.

In November, nearly two-thirds of D.C.'s voters adopted a ballot measure permitting persons age 21 and older to possess up to two ounces of marijuana and grow as many as six cannabis plants. So it should come as no surprise that members of Congress want to hash things out with the city now.

In December, Congress approved a massive, overarching spending bill -- which lawmakers dubbed the CRomnibus -- to fund nearly the entire federal government. Rep. Andy Harris, R-Md., previously authored an amendment short-circuiting D.C.'s marijuana initiative which lawmakers adopted in committee. That provision then made it into the CRomnibus which President Obama signed. So when Bowser indicated the city was moving ahead with its own marijuana initiative, lawmakers got involved.

"Given Congress's broad powers to legislate with regard to the District of Columbia it would be unprecedented for the District to take actions proscribed by legislation passed by Congress and signed by the President," wrote Chaffetz and Meadows.

Chaffetz and Meadows contend Bowser and other D.C. officials are running afoul of the CRomnibus and the Anti-Deficiency Act. The latter is a federal law dating back to 1884 which penalizes government workers who blatantly spend more money in their annual budgets than appropriated by Congress. The lawmakers informed Bowser they were launching an investigation into the city. They demanded a list of city officials involved in the implementation of the ballot initiative as well as those workers who declined to participate.

Harris says the District of Columbia conducted meetings about how to handle marijuana. D.C.'s Police Chief Cathy Lanier was involved in talks with other city officials about implementing the program. Harris says those activities violate the express intent of Congress, banning the expenditure of any funds toward the cannabis initiative.

"I think the attorney general should prosecute people in the District who participate in this under the Anti-Deficiency Act," said Harris. "These people should be very afraid."

"Me being in jail wouldn't be a good thing," said Bowser, arguing that the lawmakers were "bullying" the city.

But Harris thought it was high time for Congress to weigh in.

The tension between District of Columbia locals and their congressional overlords is as old as the republic. In fact an uprising by an unhappy militia at Philadelphia against the "Congress of Confederation" in 1783 was what drove the founders to form a special federal district. They designed Washington like no other American locale to serve as the seat of government. As J.D. Dickey writes in "Empire of Mud" about the creation of Washington, "the nation's leaders always stood in jeopardy, and the only way to ensure their safety was to keep the locals on a tight leash." As the incipient nation developed, the founders elected to forge its own district where Congress was secure from the riff-raff and make its own federal decisions.

Those who lived in the District of Columbia, well, they were out of luck. In the 1870s, Congress curbed D.C.'s borrowing power. It probed the local "territorial" government. Dickey writes that in the mid-1870s, Sen. Justin Smith Morrill, R-Vt., authored a bill to ban voting by D.C. residents. The Organic Act of 1878 dictated that Congress was the sole governing engine of the nation's capital.

This interface between the federal government and local residents is practically a nucleic acid of the nation's DNA. Controversial issues augment the nexus and explain why the District of Columbia and Congress cross swords today.

One might call this the "politics of contraband," as sung by Glenn Frey in the 1980s song "Smuggler's Blues."

And despite what lawmakers want to do about D.C.'s marijuana provision, it's legal now.