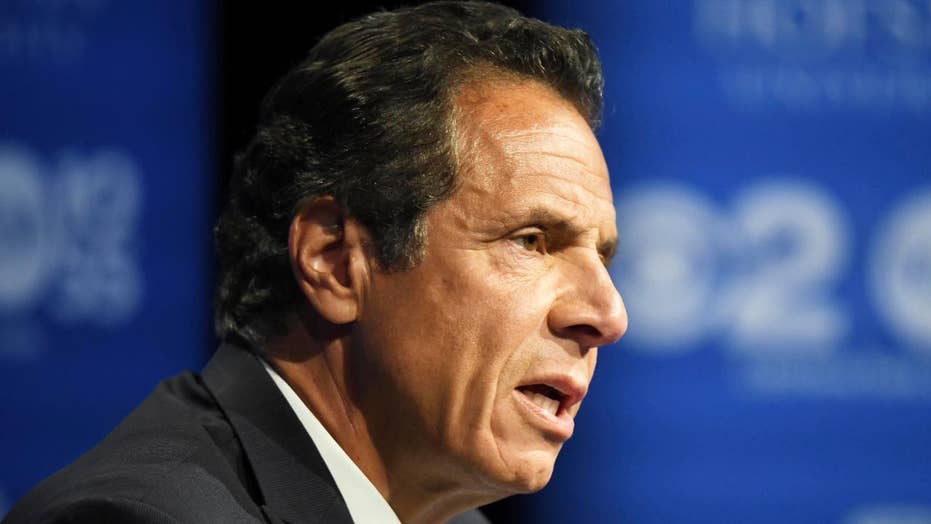 And an ethics watchdog anticipates more states could join.

“It is troubling that we have seen the government targeting individuals and organizations to silence them based on their political positions,” Kendra Arnold, executive director of the Foundation for Accountability and Civic Trust (FACT), told Fox News.

She cited similarities to the 2016 discovery that state AGs were cooperating to target skeptics of climate change. In the latest case, FACT has filed freedom of information requests with 21 states including the four publicly targeting the NRA – New York, New Jersey, California and Washington state – in search of evidence that might show such coordination here.

The requests seek communications with “any other Attorney General, Governor, or state insurance official … that mention the ‘National Rifle Association’ … or ‘Carry Guard Insurance.’”

“Carry Guard” is an NRA-sponsored insurance policy for gun owners who use a firearm in self-defense but face civil or criminal liability expenses. State officials have specifically targeted the Overland Park, Kansas-based Lockton Affinity and the Chicago-based Illinois Union, a member of the Chubb group, which were involved in marketing and selling the NRA insurance plans. The New York Department of Financial Services in May levied a combined fine of more than $8 million against the two companies. 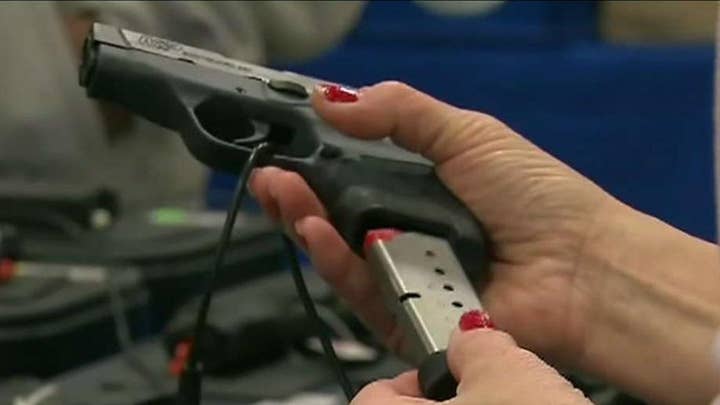 On Aug. 4, Cuomo said: “I am calling on states across the country to join New York to outlaw this absurd program that insures intentional criminal conduct. … If the NRA goes bankrupt because of the State of New York, they'll be in my thoughts and prayers.”

The Democratic governor followed up in a letter to fellow governors requesting action against the NRA.

Cuomo is up for re-election in November, facing Republican opponent Marcus Molinaro, the Dutchess County executive.

Among his allies in this cause, Washington state Insurance Commissioner Mike Kreidler commenced an investigation after issuing a cease-and-desist order in April against the NRA concerning Carry Guard.

“The Washington state Office of the Insurance Commissioner (OIC) was in touch with the New York state Department of Financial Services after it sent a letter on Aug. 7 to our commissioner, Mike Kreidler,” Steve Valandra, a spokesman for the insurance commissioner, told Fox News in an email.

“We found the policies sold by the NRA Carry Guard program were done without an insurance producer license, a violation of Washington insurance law,” Valandra said. “That investigation began in 2017 following a consumer complaint. Our current investigation – following the cease-and-desist order – was prompted by concerns about whether the NRA Carry Guard program may have other consumer issues.”

Last month, the California Department of Insurance also issued a cease-and-desist order against the NRA insurance, alleging the NRA marketed the product without a license to do so in the state.

She said the state “insists on full compliance with the California law that requires persons who solicit the purchase of insurance in California must be appropriately licensed to do so.” Kincaid said the NRA has not complied with that requirement, which “led to the administrative action to address the illegal conduct in California.”

The New Jersey Department of Banking and Insurance also is investigating the NRA, a probe that began in August after Cuomo’s invitation to other states. A spokesperson from the New Jersey department did not respond to inquiries from Fox News.

NRA lawyer William Brewer pushed back on the state claims, though, telling Fox News the NRA conducted reviews to ensure compliance with state laws where Carry Guard is sold.

The NRA filed a First Amendment lawsuit against New York state that claims the policy restricting financial activity with pro-gun organizations amounts to viewpoint discrimination. A U.S. Northern District of New York judge is mulling a motion to dismiss by the Cuomo administration. For now, the NRA is not focused on any other litigation beyond New York, Brewer said.

“Any state that makes an inquiry into the Carry Guard program, the NRA will be quick to provide information as required, unless we see the NRA’s constitutional rights being violated,” Brewer said.

Both the NRA and FACT, the ethics watchdog, want to see whether New York and other states have made a concerted effort to target NRA finances.

“We are interested in going into discovery in our case,” Brewer said. “You don’t have to look far to see Gov. Cuomo reaching out to other states asking them to take action against the NRA.”