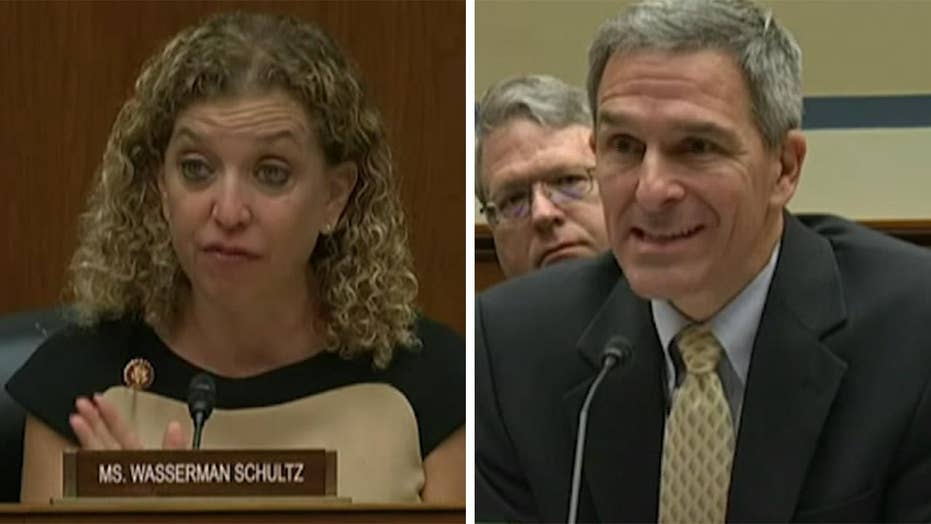 “My constituents, Americans across this country aren’t fooled by this administration’s specious attempts to distinguish between documented and undocumented immigration,” Wasserman Schultz told Cuccinelli at a House Oversight subcommittee hearing on the treatment of migrants.

“You and Mr. Trump don't want anyone who looks or talks differently than Caucasian Americans to be allowed into this country,” she added.

“That’s false,” Cuccinelli shot back. He was then interrupted by the former Democratic National Committee chairwoman, who told him not to interrupt her, but he carried on: “That’s defamatory."

“Excuse me, there’s nothing defamatory about it,” she said.

Wasserman Schultz wasn’t done: “You want to block all immigration and make life harder for immigrants and you have demonstrated that you will pursue this heinous white supremacist ideology at all costs, even if it means making critically ill children your collateral damage in the process."

The hearing was held to discuss the administration's decision this summer to suspend a program that delayed deportations of some illegal immigrants who were seeking emergency medical treatment. The administration resumed the program in September after a backlash from Democrats and activists.

Wasserman Schultz also made a reference to the administration's public charge rule -- which restricts green cards to immigrants who are deemed likely to be reliant on welfare -- and asked how many children would be affected by the rule.

But Cuccinelli wanted to respond to her claim that he was pursuing a white supremacist ideology.

“After declaring that I am not a white supremacist, as you alluded, nor is the president ... ” he said.

When Wasserman Schultz said that was “why I am stating them here today,” Cuccinelli disagreed again.

“No you certainly are not, you are certainly cloaked in legislative privilege, which means you can get away with not telling the truth,” he said.

Cuccinelli is being closely watched as a possible successor to outgoing Homeland Security Secretary Kevin McAleenan. McAleenan's last day on the job is Thursday and an announcement of a successor is expected imminently.