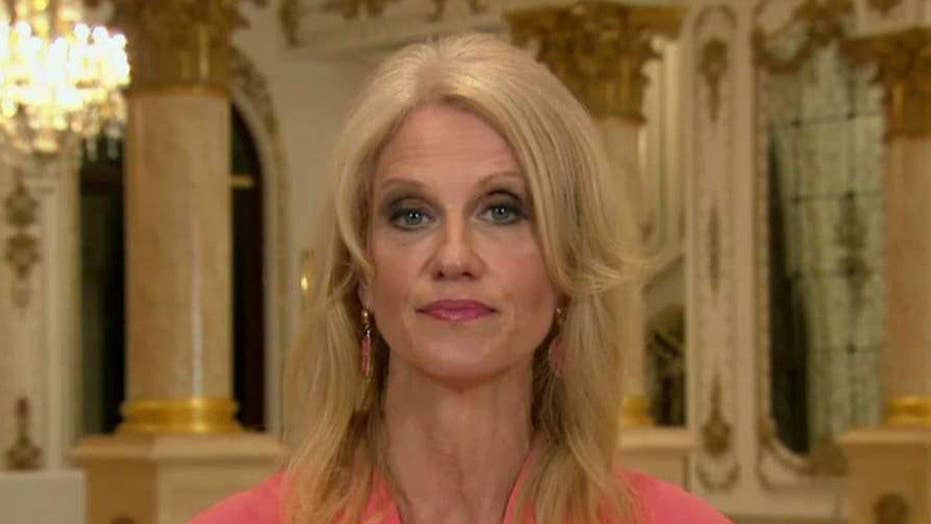 Kellyanne Conway on how Trump will address Russia and Israel

Incoming counselor to President-elect Trump weighs in on 'Hannity'

President-elect Donald Trump's incoming counselor said Thursday that Trump “does believe it’s time to move on and look forward to the next administration.”

In an interview on Fox News' "Hannity," Kellyanne Conway discussed the US sanctions imposed on Russia. Russia has responded to the sanctions by threatening to retaliate and has said the move was done to hurt the incoming administration.

“We have complicated relations with Russia. We have for decades as the United States,” Conway said. “President-elect has made it clear that he is willing to work with countries who want to work on big solutions together.”

Conway also discussed the relationship between the US and Israel saying, “You will see President Trump having much stronger relationship with Israel.”

Conway said Israel is America’s greatest friend and that “we want our friends in Israel to know that help is on the way.”

“You see this flurry of activity by a tough President Obama as he exits the office,” Conway said. “You can’t put daylight between the US and Israel.”

“We do wonder about the rush to do all these things the next couple of weeks by the Obama administration,” Conway added.