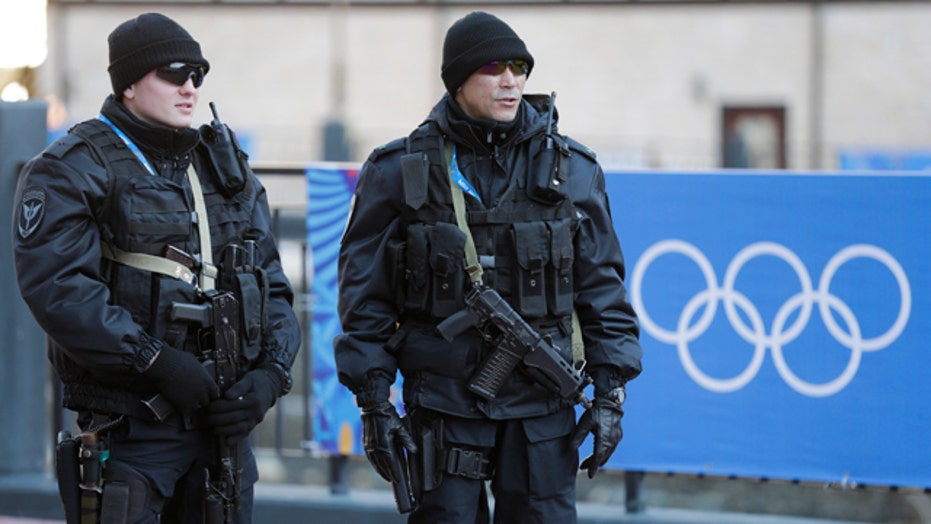 The threat was passed on to airlines that have direct flights to Russia, including some that originate in the United States, according to a law enforcement official speaking Wednesday on condition of anonymity because he was not authorized to discuss details of the warning, which came hours before competition began at the Winter Olympics in the Black Sea resort town of Sochi, Russia.

The official said the airlines were warned that explosive devices could be assembled in flight or upon arrival at the Olympics.

The department said in a statement that the U.S. "isn't aware of a specific threat to the homeland at this time." It said the department "regularly shares information with domestic and international partners, including those associated with international events such as the Sochi Olympics."

Delta Airlines is the only U.S. carrier with a direct flight from the United States to Moscow. Russian airlines Aeroflot and Transaero both operate several nonstop flights from the U.S.

United Airlines, the official airline of the U.S. Olympic team, does not have scheduled service to Russia but is operating some charter flights to Sochi.

Earlier Wednesday, Russia investigators said security forces killed a militant who may have helped train the two suicide bombers who struck the southern city of Volgograd.

The bombings of a train station and an electric trolleybus in late December killed 34 people and heightened security fears of the Olympics.

Competition began 32 hours before Friday's opening ceremony due to the addition of 12 new medal events for men and women. Men's slopestyle snowboarding was the first event to get underway, and was scheduled to be followed by women's slopestyle, women's moguls, and team figure skating.