Missouri Sen. Claire McCaskill has championed herself as a supporter of veterans in the run-up to the Midterms, but her husband's past is coming back to haunt her again.

Joseph Shepard’s Sugar Creek Capital, a company he founded, was listed in 2013 as an “Equity Investor (State)” and was the state’s Low-Income Housing Tax Credit (LIHTC) syndicator for the Salvation Army St. Louis Garrison Residence in Missouri.

The development, designed specifically for homeless veterans and dubbed a “permanent solution” to the problem, received $815,000 in federal LIHTCs and $250,000 in state LIHTCs.

But the residence attempted to evict at least five former homeless veterans between 2015 and 2016 for owing rent, according to documents obtained by Fox News.

In April 2016, the Salvation Army St. Louis Garrison Residence filed an eviction lawsuit against Raymond Black for failing to pay $233.25 in rent.

In the same month, another veteran, Raymond Godfrey was sued for failing to pay $1,065 in rent. In July 2016, Henry Goss was threatened with eviction from the apartment for owing $290 in rent.

REPUBLICAN SENATOR ASKS MCCASKILL CAMPAIGN TO REMOVE HIM FROM AD

The efforts to evict homeless veterans also occurred in 2015.

Craig Williams was the subject of an AC landlord complaint for late rent of $1,896 and was forced to vacate the premises in addition to paying $300 in attorney’s fees and $132 in court fees. He was forced to pay the money within 10 days or be evicted.

Craig Williams was the subject of an AC landlord complaint for late rent of $1,896 and was forced to vacate the premises in addition to paying $300 in attorney’s fees and $132 in court fees. He was forced to pay the money within ten days or be evicted. (Fox News)

Henry Wilson suffered a similar fate after getting sued for owning $1,274 in rent and then forcing to pay an extra $300 for attorney’s fees.

It remains unclear if any of the veterans managed to pay the owed sums and avoided eviction.

MCCASKILL'S HUSBAND WAS ACCUSED OF ABUSE BY EX-WIFE

In a press release, Sugar Creek said it was “proud to be an investor in the project” and thanked the developers for doing a “tremendous job of taking an obsolete building and turning it into a wonderful location for these veteran families.”

The residence attempted to evict two former homeless veterans, according to obtained documents. In one case, the sued veteran never showed up at court and the Freedom Place Apartments won the case. In the second instance, the case against the veteran was dismissed by both parties. 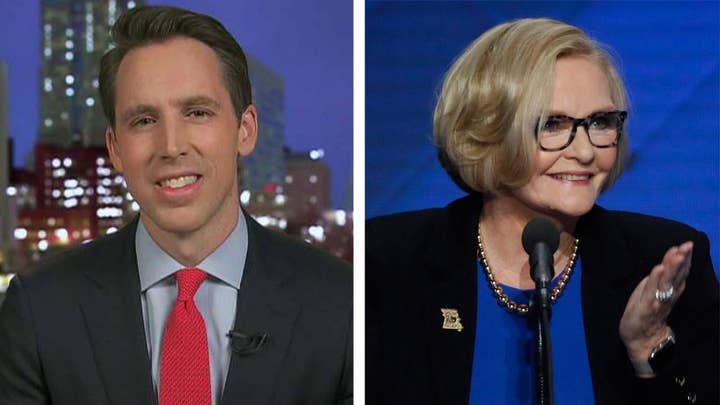 The McCaskill campaign denied Shepard shares responsibility for the eviction notices of the veterans.

“Joseph Shepard has a less than 1% interest in those projects and zero control of management. All occupancy and management decisions are made by the property managers, such as the Salvation Army and St. Patrick Center,” Meira Bernstein, the campaign’s communications director told Fox News. “Claire’s record on veterans issues is unmatched.”

"Joseph Shepard has a less than 1%  interest in those projects and zero control of management. All occupancy and management decisions are made by the property managers, such as the Salvation Army and St. Patrick Center."

The revelation comes in the wake of a new ad released by McCaskill in which veterans praise the senator and call out supposed lies about her record concerning the veterans.

“As a veteran, I’m actually kind of mad about it because I know what she’s done for us,” said Geno King, U.S. Army veteran says in the ad. “Those attacks about her voting to help her family? Another lie. But she’s moved mountains to help veterans like me,” said Pete Lucier, U.S. Marine Corps.

Shepard’s business record and personal life have recently come under scrutiny, following a Fox News report that he was accused of domestic violence by his ex-wife, and his company once victim-blamed a woman who sued for sexual misconduct.

A graphic protection order once filed by Joseph Shepard's ex-wife even alleged he hit her, tripped her and “peed on” her. 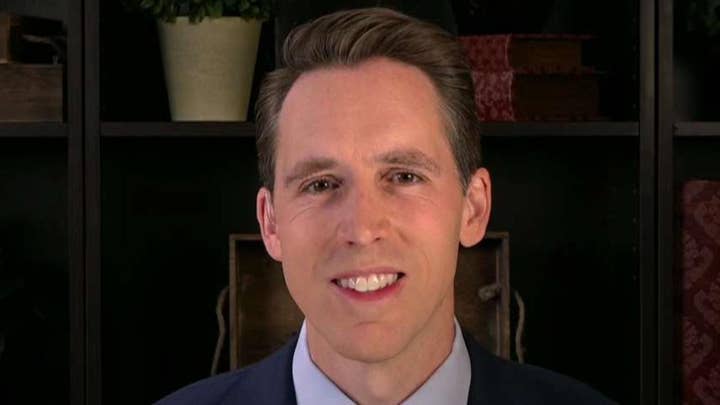 Shepard was also criticized for reportedly receiving more than $131 million in federal subsidies since 2007, the year McCaskill became a U.S. senator, and investing $1 million in a hedge fund in the Cayman Islands, a tax haven his wife wants to crack down on.

In addition to appealing to veterans as a last-ditch attempt to swing the race, McCaskill’s closing pitch is a bizarre radio ad that deems her “not one of those crazy Democrats.”

The latest poll indicates McCaskill is trailing behind Republican state Attorney General Josh Hawley within the margin of error, meaning the race is effectively tied.