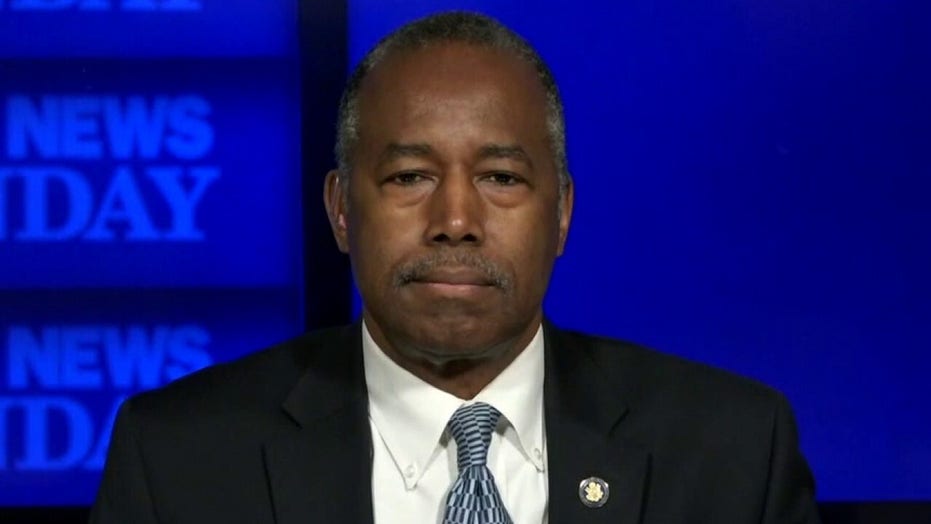 Housing and Urban Development Secretary Ben Carson said on Sunday that the shooting death of Rayshard Brooks in Atlanta this past Friday night was not as “clear cut” as the in-custody death of George Floyd in Minneapolis.

Speaking during an interview on “Fox News Sunday,” Carson said the incident that led to the death of the 27-year-old Brooks on Friday could have been handled better, but that it was unfair to jump to conclusions about what happened.

“This is a situation that is not clear cut, you know, like the callous murder that occurred in Minnesota,” Carson said in reference to Floyd’s death while in Minneapolis police custody. “Certainly in retrospect, there probably are other ways to do things but, again, we don’t know. We, the public, don’t know.”

The Georgia Bureau of Investigation, which has been investigating the shooting, said the deadly confrontation started with officers responding to a complaint that a man was sleeping in a car blocking the drive-thru lane at a Wendy’s restaurant. The GBI said Brooks failed a field sobriety test and then resisted officers’ attempts to arrest him.

GBI Director Vic Reynolds said Brooks had grabbed a Taser from one of the officers and appeared to fire it at the officer as he ran, prompting the officer to reach for his gun and fire an estimated three shots.

The security camera video recorded Brooks “running or fleeing from Atlanta police officers,” Reynolds said. “It appears that he has in his hand a Taser.”

The footage did not show Brooks’ initial struggle with police.

Atlanta Police Chief Erika Shields stepped down from her post following the incident and one of the officers involved in the shooting, Garrett Rolfe, has been fired. The other officer, Devin Brosnan, has been placed on administrative duty, according to a release from police spokesperson Sgt. John Chafee.

Protesters on Saturday night set fire to the Wendy’s restaurant where Brooks was fatally shot the night before and blocked traffic on a nearby highway. The fire was out by 11:30 p.m., but video from local news stations showed it again engulfed in flames around 4 a.m. Sunday. Atlanta police said 36 people were arrested at protests as of midnight.

The shooting came at a time of heightened tension over accusations of police brutality and calls for reforms across the U.S. following the May 25 death of Floyd in Minneapolis. Floyd died after a now-fired police officer, Derek Chauvin, put his knee on the unarmed black man’s neck for almost 9 minutes. Chauvin has been charged with second-degree murder.

Demonstrators, including members of Brooks’ family, gathered Saturday outside the restaurant where he was shot.

Among those protesting was Crystal Brooks, who said she is Rayshard Brooks’ sister-in-law.

"He wasn’t causing anyone any harm,” she said. “The police went up to the car and even though the car was parked they pulled him out of the car and started tussling with him.”

She added: "He did grab the Taser, but he just grabbed the Taser and ran.”

Fox News’ Chris Wallace and The Associated Press contributed to this report.