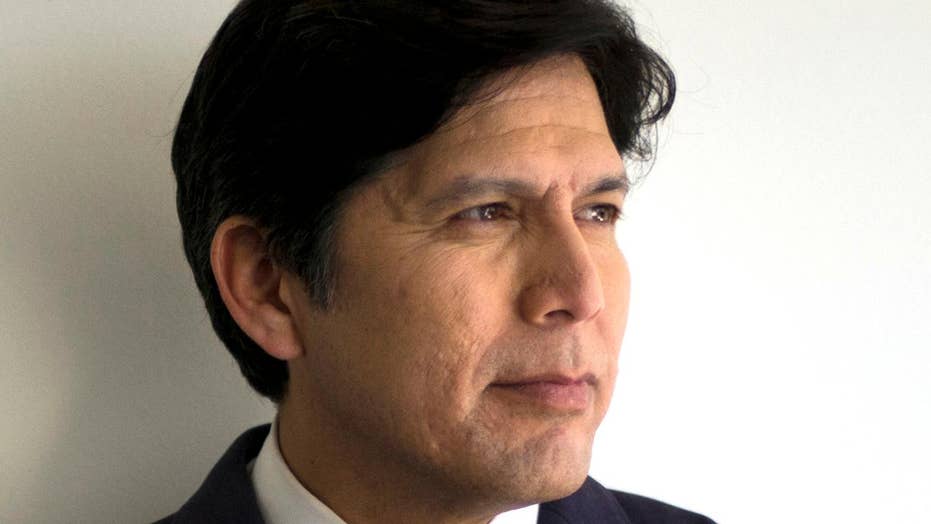 The move was the latest sign that establishment Democrats are facing something of a national insurgence, coming on the heels of last month's shock win by 28-year-old Democratic socialist Alexandria Ocasio-Cortez over high-ranking Rep. Joe Crowley in a closely watched New York primary.

In backing de Leon, a majority of the party's 360-member executive board ignored Feinstein's calls to stay neutral in the race. Her allies had warned an endorsement would only further divide Democrats.

The final vote margin was lopsided: A total of 217 delegates voted for de Leon, of Los Angeles, or nearly 65 percent of the delegates. Meanwhile, only 22, or 7 percent, cast ballots for Feinstein and 94, or nearly 30 percent, voted for no endorsement. 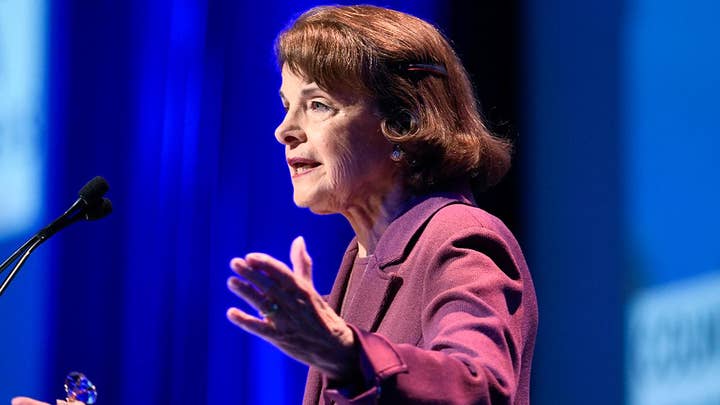 The California Democratic Party had declined to endorse Feinstein's re-election bid in February, but it did not then also endorse de Leon at that time.

De Leon has long been courting party activists and appealed to those seeking a fresh face and a more progressive senator to fight against President Donald Trump.

"Today's vote is a clear-eyed rejection of politics as usual in Washington, D.C.," de Leon said in a statement after the vote. "We have presented Californians with the first real alternative to the worn-out Washington playbook in a quarter-century."

Party members and activists are typically more liberal than the wider California electorate that has sent Feinstein to Washington five times. Feinstein has turned skepticism from some party activists into an asset in her past campaigns.

"Today's vote is a clear-eyed rejection of politics as usual in Washington, D.C."

The endorsement of de Leon means the state party will spend money promoting his candidacy this fall.

WATCH: TUCKER TAKES ON CORNEL WEST OVER DEMOCRATIC SOCIALISM -- CAN IT WORK?

Still, Feinstein outpaces him in name recognition and cash and has a loyal following across California. She won the June 5 primary with 44 percent of the vote compared to de Leon's 12 percent.

While it's an embarrassment for California's senior senator to lose her party's official nod, it may do little to change the trajectory of the race.

"We are confident that a large majority of California Democrats will vote to reelect Sen. Feinstein in November," Jeff Millman, her campaign manager, said Saturday night.

California runs a top-two primary system that sends the two highest primary vote-getters to the general election regardless of party. The system allowed de Leon to take the No. 2 spot by squeaking past a slew of unknown Republicans in the primary.

Six U.S. House candidates for seats considered top Democratic targets joined Feinstein's call for neutrality in a letter to members before the vote on Saturday.

"A divisive party endorsement for U.S. Senate would hurt all down-ballot candidates and our ability to turn out Democrats we desperately need to vote in November," it said.

De Leon led the state Senate until earlier this year. He is the author of California's sanctuary state law that was the target of a Trump administration lawsuit.

Feinstein was first elected to the U.S. Senate in 1992, when she became the first woman to serve the state in that chamber. She is the ranking member of the Senate Judiciary Committee, where she'll take center stage this summer during the U.S. Supreme Court nomination fight.