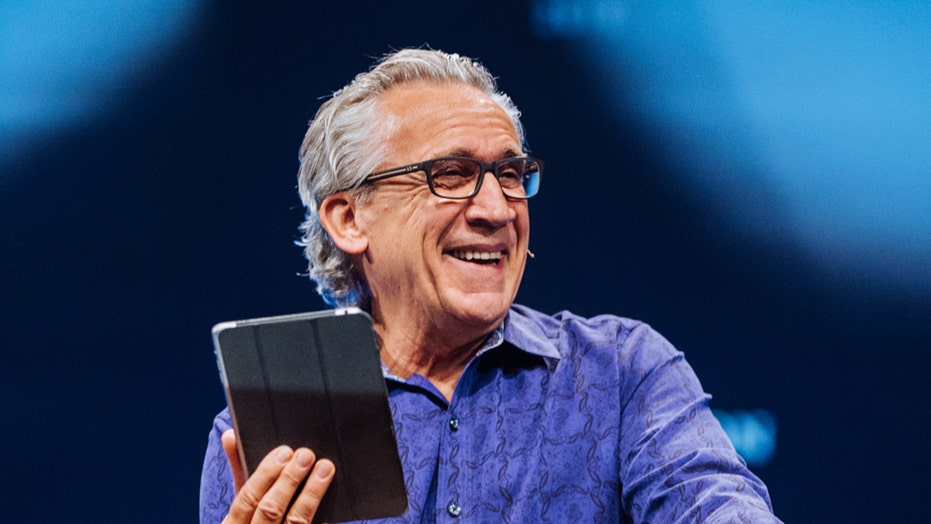 A 2-year-old boy, Jaxon Taylor, heals from a disease in a hospital after hearing a special worship song.

That's how a San Francisco Chronicle columnist described a northern California city that is home to Bethel Church, a ministry that has drawn attention in Christian circles around the world.

To senior lead pastor Bill Johnson, it's still a mystery how this church born and raised in a seemingly insignificant, unknown area in the mountains has managed to have such a global impact.

When he took over in 1996, his message was revival — and that hasn't changed, as was evident during a recent "Cultivate Revival" conference in New York City.

"God tends to use broken and small things to confound the wise. He put favor on us," the fifth-generation pastor told Fox News. "It's both wonderful and frightening at the same time because you're responsible to use it ... We just tried to be faithful with what he's given us."

Johnson, the author of "When Heaven Invades Earth," said there are two phases to revival.

"The first is the church — the people of God get revived," the pastor explained. "It really is demonstrated by the Holy Spirit’s presence and the ability for him to do what he wants."

"The second phase is the impact on the world around us," he continued. "People coming to Christ measured by the impact of culture and society. It hasn’t reached its purpose until society itself is impacted positively."

Some in the city of Redding, made up of 90,000 with more than 11,000 attending the church, call the church's enormous impact in the area the "Bethel Effect."

When the police department was set to downsize, Bethel chipped in half a million dollars to help fund the Neighborhood Policing Unit. And last year, when the Carr Fire devastated the community, the church, as part of a designated Salvation Army Distribution Center, assisted more than 6,300 evacuees and gifted $1,000 to every family who lost a home, with no strings attached, a total of $750,000, through its Bethel Global Response ministry.

SUNSET WORSHIP AT LIBERTY UNIVERSITY ATTRACTS MORE THAN 4,000 STUDENTS: ‘WHAT A BEAUTIFUL THING’

Last year, GoFundMe rated Redding as the third most generous city and Bethel volunteers logged nearly 35,000 hours, from homeless outreach to a back-to-school backpack drive, as well as the City Project, which is devoted to maintaining city parks and keeping open spaces clean.

“We believe every city should benefit from a community of believers," Eric and Candace Johnson, senior pastors, told Fox News in a statement. "Experiencing God’s love changes how people engage their community. Love looks like something, and for us part of that looks like serving our city well.”

With over 85 ministries and nine services on Sundays across three locations, the church receives thousands of visitors every year from around the world.

Johnson co-founded the Bethel School of Supernatural Ministry aimed at "building revivalists," in 1998 with 37 students. That has grown to more than 2,400 students today, from over 70 countries.

This accomplishment is a large part of his desire for the next generation.

"I want them to know by their own experience that God is good," he explained. "Psalms 34:8 says ‘Taste and see that the Lord is good. Taste is a personal experience. See is perception, so I want the experience to change their perception. That would be my biggest dream is that they would truly have an encounter with God and in that, discover that it’s not just a story, it’s a pertinent reality."

They also have Bethel Christian School, a pre-K through 8th Grade accredited private school, the Bethel School of Technology, which teaches coding and other majors, the Bethel Conservatory of the Arts, for dance and other tracks, as well as WorshipU Online and on Campus, primarily for worship leaders and musicians.

Bethel TV was launched in 2008, live streaming services before Netflix, and Bethel Music, co-founded by Brian and Jenn Johnson, has exploded on the contemporary Christian music scene.

And because of the large number of visitors to the church's more than 50 annual conferences and events, Bethel contributed up to $450,000 to help get airline service between Redding Airport and Los Angeles' LAX.

With all that is going on with Bethel, it would be nothing if not for the pastor's strong beliefs.

"It’s everything," Johnson said of his faith. "It’s a personal relationship with Jesus. It’s life itself. It’s why I get up in the morning. It’s how I go to bed at night. He is not something I’ve added to my life. He is my life."

The Northern California pastor admits his greatest challenge is keeping things simple and making sure the main thing is simple devotion for Jesus Christ, which is essentially what he wants Bethel to be known for.

CLICK HERE FOR MORE STORIES IN THE TALKING FAITH SERIES

"That we love God well," he said of his church's legacy. "For the actual presence of God. We honored him well. We loved him well."