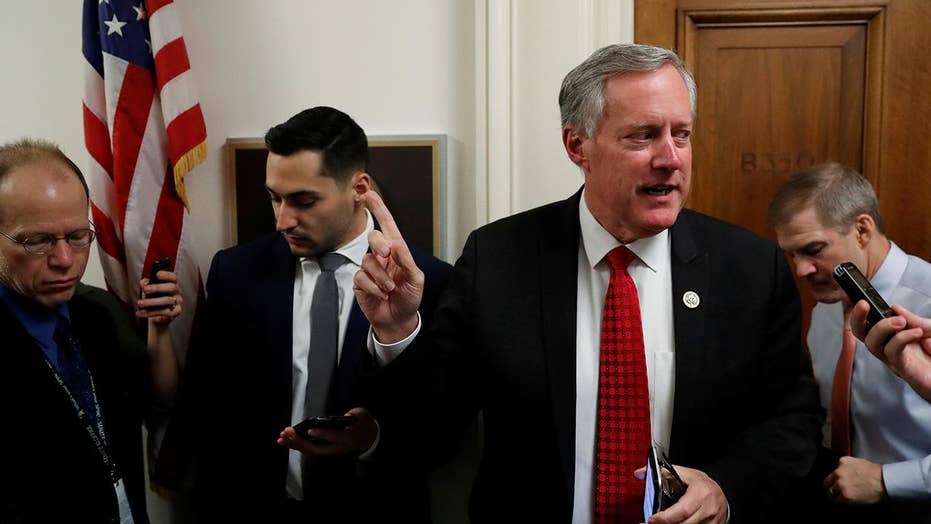 Conservative fiscal hawks express concern over an increase to the deficit; Brit Hume reacts to the criticism of President Trump's budget blueprint.

President Trump's recent budget moves could complicate his relationship with the House Freedom Caucus and other fiscal conservatives, with his recent signing of a $400 billion spending deal and a budget blueprint that contains rising deficits.

“The swamp won, and the American taxpayer lost,” Rep. Jim Jordan, R-Ohio, a founding member of the caucus, said on "Fox News Sunday."

While these lawmakers largely blame congressional leaders for the free-spending attitude, the gloomy outlook is a turnaround from 2016.

The 2016 Trump campaign chant of “drain the swamp” was like a melody to members of the small-but-influential Freedom Caucus, started in 2015 to push House leadership to a more fiscally and socially conservative agenda.

“I would argue our chairman, frankly, is probably the member closest to the president, closer than probably any other member in the House or the Senate,” Jordan told “Fox News Sunday.” 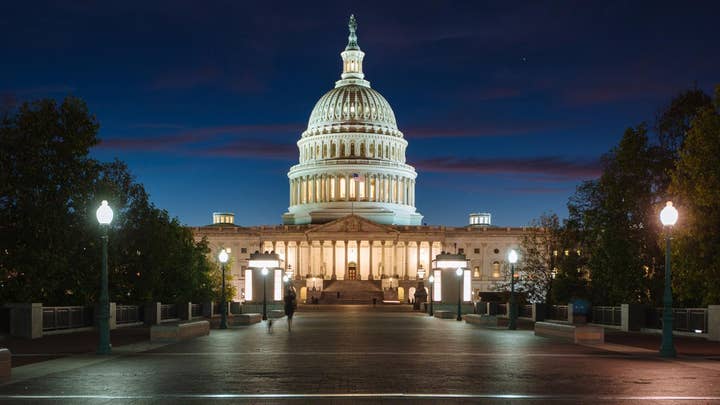 But the deficit-heavy fiscal outlook is presenting challenges.

The two-year budget deal signed Friday by Trump raises the cap on military spending by roughly $160 billion. It also lifts the cap on domestic spending by about $128 billion and is projected to increase the federal deficit to roughly $1.2 trillion by fiscal 2019, which has roiled Freedom Caucus members and closely aligned groups including Tea Party activists and donors.

Further, the fiscal 2019 budget plan unveiled Monday no longer calls for balancing the budget over the next decade.

Mark Meckler, co-founder of Tea Party Patriots, said Monday that “many hopeful-but-naive patriots believed D.C. would change under Donald Trump. Many thought he could drain the swamp without us. Friday morning painfully showed those same patriots that such a plan is nothing but fantasy.”

However, Meckler, now president of the political activist group Citizens for Self-Governance, didn’t heap all the blame on Trump or argue that he is creating such a divide.

“I don’t think there was ever an expectation that Trump was a conservative. He didn’t run as one,” said Meckler, adding that if House members, including those in the chamber’s conservative caucuses, had taken a stronger stance on fiscal responsibility, “Trump would have followed.”

“Our government has no higher responsibility than to support our men and women who are in harm’s way,” the Wisconsin Republican said hours before the voting on the bipartisan budget bill began last week. “This budget agreement delivers on that commitment. … With better training and equipment, many of these deaths could have been prevented.”

Jordan argued the House submitted a budget bill to the Senate that funded the military for a full year, only to have it laden with domestic spending to get Democrats’ votes.

Jenny Beth Martin, co-founder and national coordinator of the Tea Party Patriots, said Monday that fiscal conservatives were fully behind the president’s recent tax cuts and argued that the budget agreement alone “might not be a problem.”

However, she suggested that Trump’s failure to repeal ObamaCare and plan to grant what she calls “amnesty” to illegal immigrants as part of upcoming immigration-reform negotiations could be a different story, particularly as Republicans try to keep control of Congress during this year’s elections.

“The base could simply not vote,” Martin said. “They could simply say, ‘Republicans didn’t keep their promise.’ ”

Jordan sees opportunity for Trump and conservatives to come together in the immigration debate, considering their preferred, hardline bill matches Trump’s demands.

The bill by Virginia GOP Rep. Bob Goodlatte, chairman of the House Judiciary Committee, includes money for border security; changing a federal immigration program from a lottery-based to merit-based one; ending so-called “chain migration” that allows people to bring extended family into the country; and a legislative solution to the Obama-era Deferred Action for Childhood Arrivals program that protects hundreds of thousands of immigrants brought into the U.S. illegally as children.

“A big debate [is] coming, the debate on immigration. And the Freedom Caucus is going to be in the middle of that,” Jordan said. “The legislation that is consistent with the mandate of the 2016 election.”