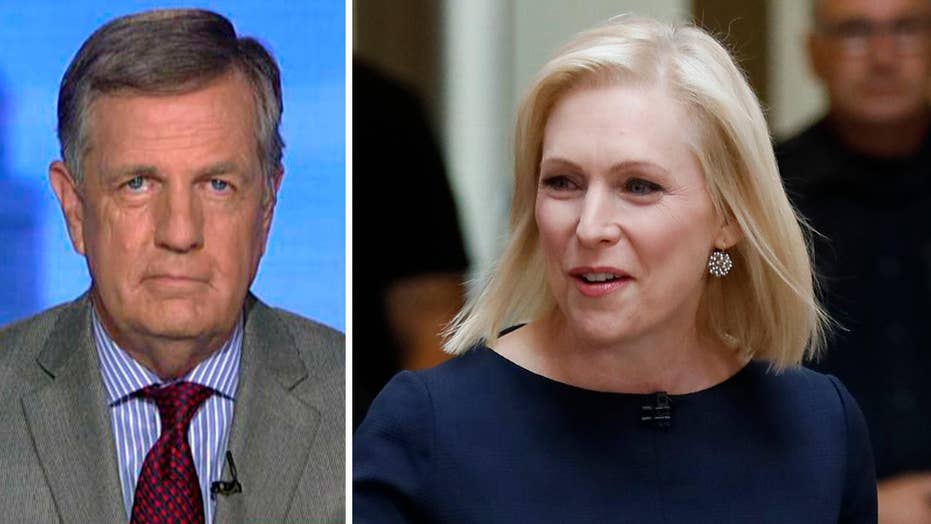 Fox News senior political analyst Brit Hume called Sen. Kirsten Gillibrand one of the "the most flexible politicians" he's ever seen after the NRA released a friendly 2008 letter from the Democratic presidential hopeful.

During a Fox News town hall Sunday, the New York senator argued that Americans are "ripped apart again and again" by senseless gun violence, and slammed the NRA for caring "more about profits than the American people."

In response, the NRA published a letter Gillibrand wrote to the organization's then-Executive Director, Chris Cox, more than a decade ago. In it, she discussed a meeting between the two and concluded the letter with a friendly, supportive statement.

"I appreciate the work that the NRA does to protect gun owners rights and I look forward to working with you for many years in Congress," she wrote. 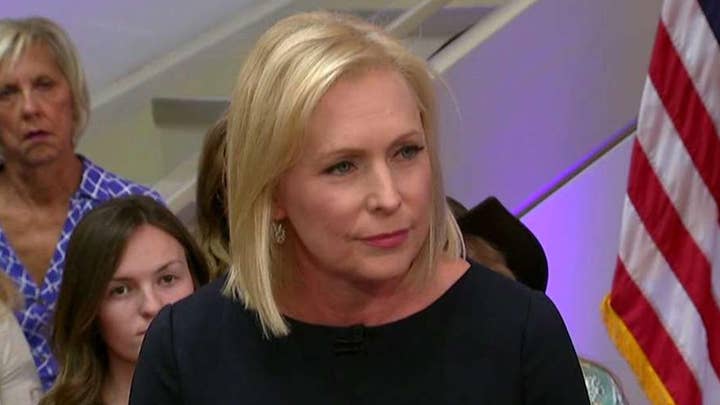 At the time, Gillibrand represented New York's 20th congressional district. In 2009, after Hillary Clinton was appointed Secretary of State, Gillibrand was selected to fill her open Senate seat by then-New York Governor David Paterson. Since that time, her political views have shifted more to the left, Hume pointed out.

He also highlighted her flipping on key issues during an appearance on "America's Newsroom" on Tuesday morning.

"The flip-flops are coming thick and fast and this attitude toward the NRA is but one of them," Hume said, noting Gillibrand has made "little headway" in the crowded field of Democrats.

Hume said the NRA's strength comes from its many members who are legal gun owners, not money from gun companies.

"The NRA's strength politically doesn't come from gun company money, it comes from the ardent feelings of its rather large membership, which will mobilize and vote against you in a bloc if you run afoul of their views on the Second Amendment," Hume said.