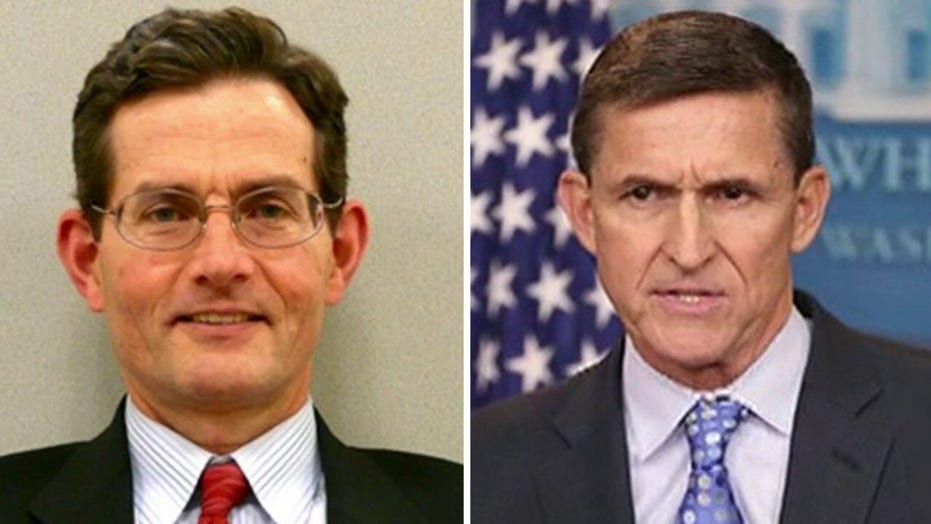 Former national security adviser Michael Flynn's attorneys are arguing in a new court filing that Judge Emmet Sullivan "exceeded his power" and has no right to block federal prosecutors from dismissing Flynn's case.

Flynn asked the D.C. Circuit Court of Appeals to force Sullivan to drop the case, requesting a writ of mandamus in which a higher court orders a lower court judge to perform his or her duties.

"Respondent is not in the Executive branch and, being an Article III judge, has no authority to gin up his own case or controversy where none exists," Flynn's legal team said in a court filing Thursday, claiming that prosecutors have the authority to decide whether to dismiss a case, even when the defendant has already pleaded guilty. "The game is over and this Court should order the umpire to leave the field."

Sullivan has called into question the circumstances of the Justice Department's decision to drop the case after Flynn had already pleaded guilty to lying to investigators, and called for third parties to submit briefs to arguing against the government and to weigh in on whether Flynn should be charged with perjury for now claiming he is innocent.

Retired judge John Gleeson and the House Judiciary Committee have already filed briefs claiming that the circumstances surrounding the DOJ's motion to dismiss are suspect, but Flynn's lawyers claim that it is far from unusual for defendants to be exonerated after guilty pleas.

"Even following a guilty plea, a Government motion to dismiss is neither rare nor suspect," the brief said, citing a statistic that 20 percent of former defendants listed in the National Registry of Exonerations pleaded guilty.

The brief even noted that dismissing high-profile cases after guilty pleas is not unusual where "prosecutors 'persuaded' defendants to plead guilty for conduct that was not criminal," citing the vacated pleas of former Enron and Arthur Andersen executives.

A point of contention in Flynn's case is how much discretion –­ if any –­ a judge has in deciding not to grant prosecutors' motion to dismiss a case.

Gleeson himself wrote when he was a judge in 2013 that courts are "generally required" to grant a prosecutor’s motion to dismiss unless it is "clearly contrary to manifest public interest." Flynn's brief cited D.C. Circuit Court precedent in arguing that it is up to prosecutors to determine the public interest.

In his brief in Flynn's case, Gleeson now insists that not only does Sullivan have the authority to reject the government’s request but that he should do so.

"Leave of court should not be granted when the explanations the Government puts forth are not credible as the real reasons for its dismissal of a criminal charge," Gleeson wrote.

Democrats on the House Judiciary Committee similarly called into question the DOJ's motives in seeking dismissal, asserting that it is "the latest in a series of decisions that 'represent a systemic breakdown of impartial justice at the Department of Justice and suggest overt political bias, including corruption.'"

The DOJ moved to dismiss the case against Flynn –­ Trump's first national security adviser, who pleaded guilty to lying to the FBI before trying to withdraw that plea –­ claiming the FBI interview was "conducted without any legitimate investigative basis."

Flynn's Thursday brief argues that prosecutors' decisions to dismiss can only be overturned in "blatant and extreme" cases, and that "the only thing 'blatant and extreme' about the Government's Motion to Dismiss is the prior Government misconduct it reveals."

A D.C. Circuit Court panel is scheduled to hear arguments from both Flynn's and Sullivan's attorneys on Friday.