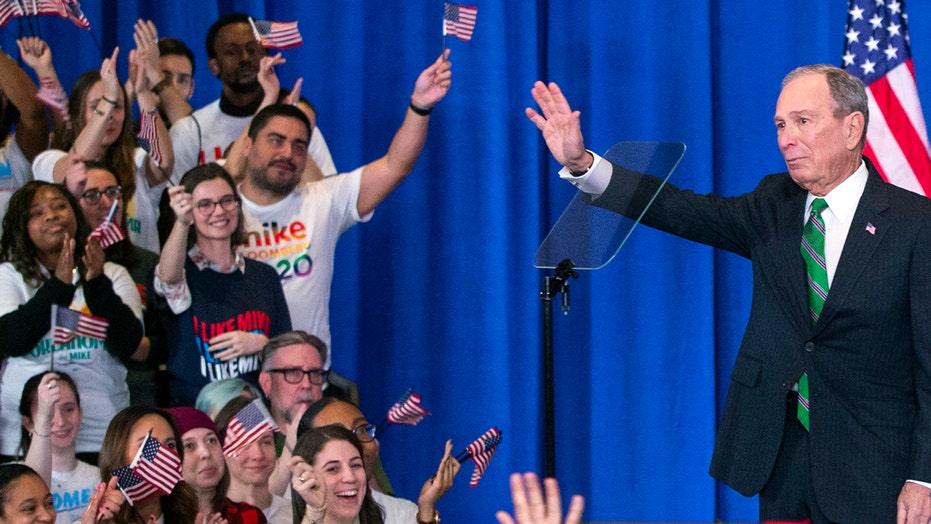 Bloomberg drops out, joins Klobuchar and Buttigieg in endorsing Biden

Will this give Biden the momentum he needs? Fox News contributor Liz Peek weighs in.

BLOOMBERG PLEDGES $40 MILLION TO FIGHT CORONAVIRUS AROUND THE WORLD

“While our campaign has ended, Mike’s number one objective this year remains defeating Trump and helping Democrats win in November,” Bloomberg advisers said in a letter to DNC Chairman Tom Perez.

Friday’s move by Bloomberg follows through on the pledge he made -- even before he launched his short-lived presidential campaign in late November -- to spend millions of his own money to defeat President Trump and help elect Democratic candidates up and down the ticket regardless of who's the presidential nominee.

“The campaign believes this investment will dramatically expand the DNC’s Battleground Build-Up 2020 efforts across battleground states, drawing in part from our own incredibly experienced and talented organizing staff,” the Bloomberg campaign said.

Perez said in a statement that Bloomberg’s giant contribution “will help us invest in more organizers across the country to elect the next president and help Democrats win up and down the ballot.”

Bloomberg's also transferring several of his former campaign field offices to state Democratic parties and helping to speed up the hiring for key organizing and operations positions in key battleground states.

These moves should help the Democratic Party and Biden’s campaign as they face off against the massive resources already amassed by the Trump re-election campaign and the Republican National Committee.

Biden’s campaign praised Bloomberg’s contribution to the party and called it an “extraordinary investment.”

The move also puts to rest a plan by Bloomberg immediately after he ended his White House bid to launch an independent group to assist Democrats.

“While we considered creating our own independent entity to support the nominee and hold the President accountable, this race is too important to have many competing groups with good intentions but that are not coordinated and united in strategy and execution,” Bloomberg’s letter to the DNC explained.