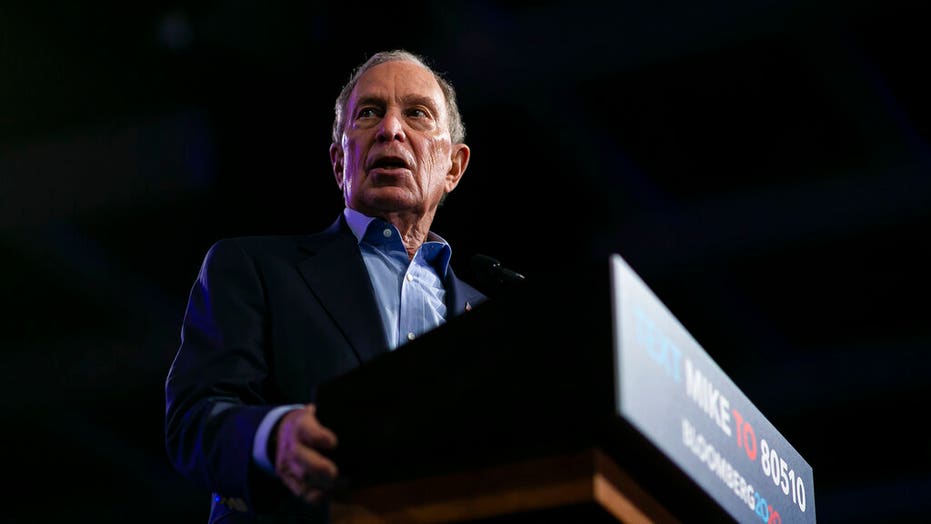 Bloomberg Philanthropies, the ex-mayor’s charitable organization, said it will use the funds to slow the spread of COVID-19 in vulnerable low- and middle-income countries. It will fund rapid response teams to prevent and detect infection, train health care workers, develop lab networks to amplify testing capabilities, and measure containment strategies and the cancellation of mass gatherings.

Bloomberg will partner with the World Health Organization (WHO) and Vital Strategies, a public health organization that partners with local governments on health issues. He's also working with former Centers for Disease Control and Prevention (CDC) Director Dr. Thomas Frieden, who served as commissioner of the New York City Health Department during Bloomberg's term as mayor.

The latest coronavirus commitment builds on a record of donating more than $2.5 billion to public health initiatives by Bloomberg, according to a release by Bloomberg philanthropies.

“Millions of lives depend on getting the coronavirus response right – and so does the economic and social health of communities around the world. We need to slow transmission of the virus and minimize the impact of the outbreak in all countries,” Bloomberg said in the statement.

This comes after many, including President Trump, condemned Bloomberg for spending $500 million on advertisements on a largely unsuccessful presidential campaign.

Bloomberg joins other billionaire philanthropists working to tackle the virus, including the Bill and Melinda Gates Foundation, which has pledged more than $125 million to fight the pandemic.

Bloomberg’s latest contribution follows an announcement last week of the “Coronavirus Local Response Initiative” where more than 180 cities will join experts from the Johns Hopkins Bloomberg School of Public Health and the Bloomberg Harvard City Leadership Initiative to virtually receive the most up-to-date information on COVID-19, as well as crisis coaching and technical assistance.