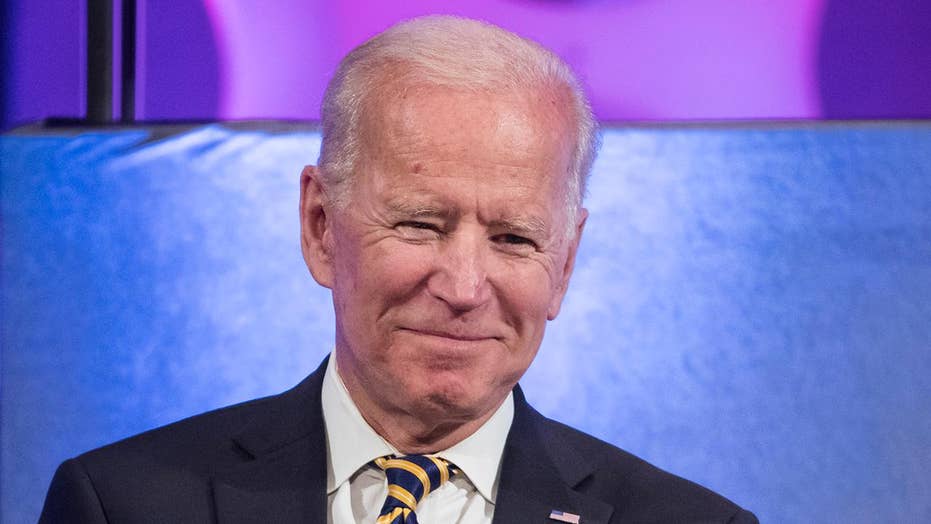 Former Vice President and 2020 presidential hopeful Joe Biden told a Chinese university audience in 2011 that he "fully" understood that country's since-ended policy limiting families to only one child each.

"As I was talking with some of your leaders, you share a similar concern. You have no safety net. Your policy has been one which I fully understand — I'm not second-guessing — of one child per family," he told students at Sichuan University in 2011.

The policy, which ended in 2015, attracted criticism for its apparent impact on abortions in China. A top State Department official said in 2004 that "he large fees and penalties for out-of-plan births" fed a regulatory scheme that was "tantamount to coercion that leads to abortion."

BIDEN TOPS SANDERS, O'ROURKE FOR LARGEST FUNDRAISING HAUL OUT OF THE GATE

According to data obtained from China's own health ministry in 2013, doctors had performed more than 330 million abortions and 196 million sterilizations since 1971 when China initiated population control efforts. The nation didn't formally implement the one-child policy until 1979.

Biden was answering a student's question about the U.S. deficit, prompting him to discuss entitlements like Medicare. While Biden criticized the one-child policy as mathematically unsustainable, he did not appear to denounce it on moral terms as former President George W. Bush's administration did.

Biden told the student the policy was "not sustainable" given that it resulted in "one wage earner will be taking care of four retired people." "So hopefully we can act in a way on a problem that's much less severe than yours, and maybe we can learn together from how we can do that," he added.

During a 2011 hearing before the House Subcommittee on Africa, Global Health, and Human Rights, Rep. Christopher H. Smith, R-N.J., called the policy the “most egregious systematic attack on mothers ever."

“Nothing in human history compares to the magnitude of China's 33-year assault on women and children," said Smith, the subcommittee chair.

Smith went on to criticize Biden, saying: "For my Vice President to publicly state that he fully understands the one-child policy and then say he won't second-guess it is unconscionable and sells out every mom in the PRC [People's Republic of China] who has suffered from this abuse."

At the time, Biden's spokeswoman responded to the controversy by saying the administration opposed "all aspects of China’s coercive birth limitation policies, including forced abortion and sterilization.”

“The Vice President believes such practices are repugnant," she also said.

Biden himself said he didn't condemn it as forcefully because he didn't want to start a "polemic debate." He did, however, condemn the policy as a Delaware senator.

“No member of Congress condones the practice of coerced abortion in China or anyplace else,” he reportedly said of the practice.

In 2017, President Donald Trump's State Department refused to provide funding for a United Nations family planning agency, saying that it “supports, or participates in the management of, a program of coercive abortion or involuntary sterilization" in China. The agency said that claim was incorrect.

NEWT GINGRICH: JOE BIDEN IS AN ENERGETIC, INTELLIGENT POLITICIAN — AND HE CAN'T WIN

The former vice president has led other 2020 Democrats in multiple polls and received an outpouring of support after he announced his candidacy on Thursday.

Biden's announcement video appeared to take a decisively moral tone, arguing that under Trump, "we’re in the battle for the soul of this nation." He singled out the president's comments after the violent protests in Charlottesville, Virginia. “With those words, the president of the United assigned a moral equivalence between those spreading hate and those with the courage to stand against it," he said.

"And in that moment, I knew the threat to this nation was unlike any I had seen in my lifetime," Biden added. "I wrote at the time that we’re in the battle for the soul of this nation. Well, that’s even more true today."

Emails requesting comment from the Biden campaign were not immediately answered.