Former Vice President Joe Biden launches his 2020 bid as a battle for 'soul' of America; reaction and analysis from the 'Special Report' All-Stars.

Former Vice President Joe Biden is an energetic, intelligent, affable politician with a lifetime of experience and a lifetime of friends.

When Callista and I were with him in Aspen a few years ago, he spoke convincingly of his passionate, personal commitment to accelerating curing cancer – the cause of his son’s death – and the need to save as many people as possible.

During that speech, he referred to me several times in positive, friendly ways and communicated his essential decency and willingness to reach across the aisle with a spirit of bipartisanship. Shortly after his speech, we found ourselves at Mass together in the small local Catholic Church.

At first glance, Joe has a lot going for him.

Unfortunately, after a lifetime in politics, Biden is about to discover how radically his party has changed since he first won a Senate seat in 1972 (47 years ago). For that matter, he’s going to quickly learn just how much Democrats have changed since he last ran for vice president seven years ago.

The Biden of the 1970s was a moderate liberal from a moderate border state, Delaware. There was a big backlash in Wilmington against bussing as a tool of desegregation. As the Washington Examiner headlined, “Joe Biden embraced segregation in 1975, claiming it was a matter of ‘black pride.’” The paper links to a 1975 NPR interview in which Biden explains his views. In September 1975, Biden went on to cosponsor with Republican North Carolina Senator Jesse Helms an anti-busing amendment. Explaining even a temporary alliance with Helms on bussing will be challenging in the increasingly liberal Democratic Party. 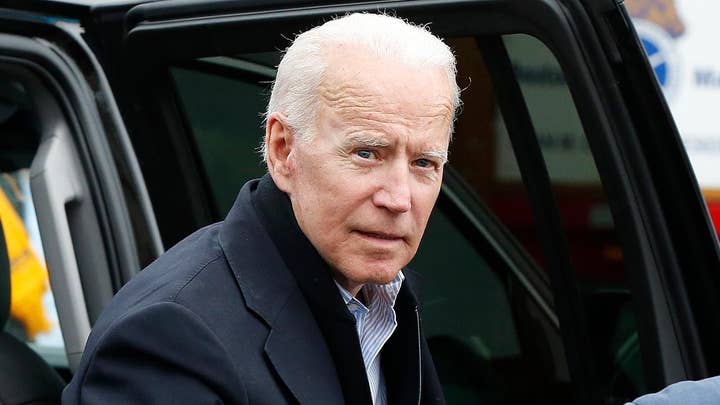 Vice President Biden just discovered how difficult it is going to be to move his historic record to a more acceptable liberal rewrite. When he recently called Anita Hill to apologize for his failures as Chairman of the Senate Judiciary Committee during the hearings on Supreme Court Nominee (and now Supreme Court Justice) Clarence Thomas in 1991, he was soundly rejected.

The New York Times reported in a headline “Joe Biden Expresses Regret to Anita Hill, but she says ‘I’m sorry’ is not enough.” Hill was quoted saying, “he needs to give an apology to the other women and to the American public because we know now how deeply disappointed Americans around the country were about what they saw. And not just women. There are women and men now who have just really lost confidence in our government to respond to the problem of gender violence.”

So, on race, the role of women, and the question of ‘gender violence,’ Biden faces issues which are 40 and 28 years old, respectively.

There will be many more issues that surface. Many of Biden’s decisions, votes, speeches, and interviews – which may have made sense in the context of a different country in a different era – will make no sense to the left-wing of the Democratic Party today.

As a Delaware resident, Biden would do well to look 29 miles north to Philadelphia and notice that the statue of the singer Kate Smith in front of the Flyers’ arena is missing.

The amazing story of left-wing bigotry and Smith should be a cautionary tale for the former vice president.

Smith was an iconic pop singer with more than 3,000 recordings to her credit.

As the Smithsonian Magazine reported:

“‘God Bless America’ was her most iconic hit. In 1938, Smith was reportedly searching for a song to perform on her CBS radio program on the 20th anniversary of Armistice Day. She reached out to composer Irving Berlin to find out if he had anything new to offer, and Berlin decided to finish a song that he had started writing one year earlier. ‘In a short time, the song supplanted ‘The Star-Spangled Banner’ as the nation's most popular patriotic song,’ the Times reflected in her 1986 obituary, adding, ‘There were attempts—all unsuccessful—to adopt it formally as the national anthem.’”

She was such a symbol of patriotism that, to quote the Smithsonian Magazine again:

“In 1982, President Ronald Reagan awarded her the Presidential Medal of Freedom, the nation’s highest civilian honor.

“‘Kate always sang from her heart, and so we always listened with our hearts,’ Reagan remarked. ‘It's been truly said that one of the most inspiring things our GIs in World War II, Europe and the Pacific, and later in Korea and Vietnam, ever heard was the voice of Kate Smith.’”

Despite decades of patriotically serenading our military – and having sung the most popular patriotic song in American history – Smith could not survive the judgmental hatred of the modern left.

It turned out that of her 3,000 recordings, two – that’s right, two – recorded in the early 1930s had racist language and themes. Consequently, one of the two had also been sung by a famous African American activist.

“It should be noted that the same song was recorded by Paul Robeson, the concert singer and actor who also was a famous lawyer, scholar, and political and civil-rights activist before his death in 1976. And it wasn't the only song he recorded that might be considered politically incorrect in the 21st century, including Stephen Foster's plantation songs, such as ‘Old Black Joe.’ One of his records, ‘Plantation Medley,’ features a song called ‘The Little Piccaninny's Gone to Sleep.’"

However, as USA Today concluded, “Robeson was black; Smith was white.”

If two songs out of 3,000 songs recorded 88 years ago can force the Flyers and the New York Yankees to stop playing Kate Smith’s “God Bless America” – and lead the Flyers to take down her statue – how many more things will be found in Biden’s past that will not be allowed to survive the hatred and hostility of today’s totalitarian left?

For a taste of what he is up against, Biden should study “Cisheteronormativity” as defined by the new Amherst College Common Language Guide.

Amherst teaches us that Cisheteronormativity is “a pervasive system of belief (on an individual, systemic and ideological level) that being cisgender and heterosexual (straight) and associated ways of being in the world (life-path, material desires, family/kinship structures, political/social goals, etc.) are the default and ‘normal.’”

The college quickly retracted the document, saying “prescribing a particular language and point of view is anathema.” Nevertheless, Biden and his team should study all 40 pages of the document. It would give them a better sense of what they are up against in the modern radical left.

The vice president has to recognize that at 76, he potentially personifies the heteropatriarchy, which is close to the worst fear of the modern left. If he is not careful, he could be seen as a powerful, old, heterosexual, white male.

Look at those five words, and you can begin to understand how big the challenge is for Biden and how much he will threaten the norms of the new, totalitarian left.

It is going to be fascinating to watch Joe Biden, as a lifetime practitioner of politics and the art of the possible, collide with the new left’s definition of politics – and its devotion to rooting out moral inadequacy and destroying or erasing those it deems unworthy.