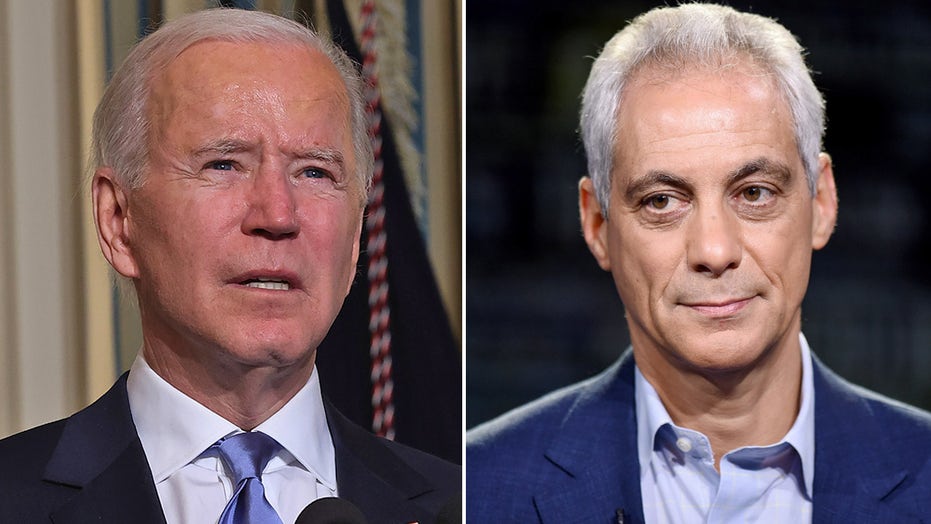 "As mayor, he oversaw increased economic development that revitalized the city and helped solidify its status as a global hub of culture and commerce," the White House said in a statement Friday. "He ensured Chicago was a leader on the global stage, hosting the 2012 NATO summit, leading the continent in foreign direct investment for six consecutive years, convening mayors worldwide to commit to the Chicago Climate Charter of 2017 and helping establish the Chicago Council on Global Affairs Mayors Forum on Global Cities."

The statement also praised Emanuel’s work in the Obama administration toward the Dodd-Frank and Affordable Care Acts.

Biden had indicated his intent to nominate Emanuel back in early May and was expected to do so later that month, but the announcement came Friday as the administration is grappling with a chaotic withdrawal from Afghanistan that left the country in Taliban control before American personnel and allied Afghans had even evacuated.

And with the Afghanistan crisis overshadowing the announcement, Sen. Bill Hagerty, a Tennessee Republican who had served as U.S. ambassador to Japan during the Trump administration, cautiously congratulated the nominee.

"Given the ongoing failures witnessed in Afghanistan, it will be incumbent upon Mayor Emanuel to demonstrate strongly his ability to represent America’s vital interests in the region, and to protect the thousands of our citizens that are in Japan on any given day under the U.S. Ambassador’s Chief of Mission authority just as I did," he said Friday. "The Japanese people have an incredible spirit and a deep love for the United States, and I have no doubt that they look forward to welcoming the next U.S. Ambassador."

The U.S.-Japan relationship is a high priority for the Biden White House: Japanese Prime Minister Yoshihide Suga was the first world leader to formally meet with Biden, and the presidents said their nations are "committed to working together" to counter threats from China and North Korea.

Emanuel served as a congressman from Illinois from 2003 to 2009 and mayor of Chicago from 2011 to 2019. Emanuel left his mayoral post in 2019, deciding not to run for a third term after controversy around his handling of an officer-involved shooting of a Black teenager.

Before the inauguration, Emanuel was reportedly under consideration to serve as U.S. trade representative or transportation secretary, but progressive groups warned Biden against picking Emanuel to serve in his Cabinet.

Biden on Friday also nominated former NATO ambassador and Harvard Professor Nicholas Burns to be the next U.S. ambassador to China. And former African Union Ambassador Michael Battle has been nominated to represent the U.S. in Tanzania.