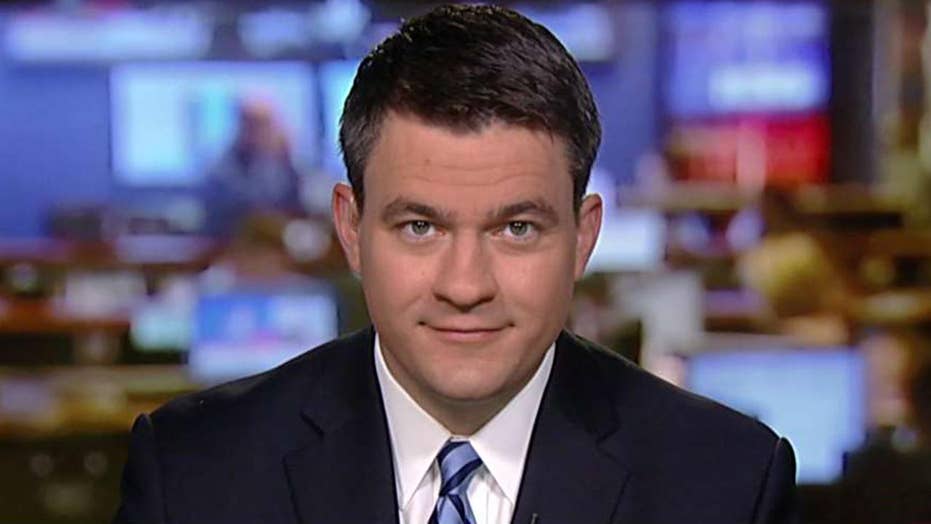 President Trump mocked the field of 2020 Democratic challengers at a "Make America Great Again" rally in Panama Beach, Florida on Wednesday, “previewing what these attacks will look like” closer to the election, John McCormack, Washington Correspondent for the National Review, said on "America's Newsroom" Thursday.

Trump spared no one as he poked fun at each of the Democratic hopefuls, calling the pool of candidates “some real beauties.”

"We have a choice between Sleepy Joe [Biden] and Crazy Bernie [Sanders], and I'll take any of them," Trump said.

"Let's just pick somebody, please, and let's start this thing.”

The main Democratic contenders at this point include Mayor of South Bend, Indiana, Pete Buttigieg, former Vice President Joe Biden, and former Texas Democratic congressman Beto O'Rourke, with Biden leading the others by more than 26 points, and beating Trump by 7 points, according to the latest poll by Real Clear Politics.

“He has the best shot right now if the election were held today,” McCormack said, referring to the poll that projects Biden as a frontrunner against Trump. “It won't be for 18 more months. I do think that objectively, Biden is the strongest candidate. The poll numbers do reflect real people out there in the suburbs.”

“If you know a lot of people, you probably know someone who likes Biden but thinks the other candidates are too extreme. Biden does seem to be the strongest despite a strong economy. Trump is trailing him. He is not polling above 50%, Biden is not. But still in a good position against President Trump. A long way to go.”

McCormack predicted that voters will view Trump favorably because of his soaring approval ratings with respect to the economy, at 46% according to the latest Gallup poll.

“Joe Biden is running on basically a return to the Obama administration years,” McCormack said. “He wants to take things slightly to the left of where Obama took us on things like $15 minimum wage, getting a public option for ObamaCare rather than Medicare for All. He will try to argue that while the economy is only doing so well right now because we did a good job of bringing the -- with the recovery. That will be a hard argument to make. The American people will, in the end, give whoever is in office credit or blame for the current state of the economy. Things are looking pretty good right now.”

Trump attacked the opposing party, touting his strong economy among other things.

"Democrats are now the party of high taxes, high crime, open borders, late-term abortion, witch hunts and delusions. The Republican Party is the party for all Americans. We want to make America great again, that's what we're doing" Trump said.

“Focusing on the fact that Buttigieg is a young 37-year-old mayor of a city and that Trump, now that he is president, has this stature, of course, on the issue of trade negotiations with China, this could also be a real risk for the president if this trade war heats up and the market takes a big dive,” McCormack said.