Trump, at Florida rally, mocks 2020 field: 'I want to watch that one' when Buttigieg cuts deals with China's Xi.

President Trump riffed on his potential opponents in the 2020 presidential election, making jokes at the expense of three of the current Democratic contenders.

Speaking in Panama City Beach, Fla., Trump said that he hopes the Democrats quickly "pick somebody" to run against him.

"Let's start this thing," he said.

LIMBAUGH: THE HATRED FOR TRUMP IS A 'BOTTOMLESS PIT,' TRUMP FAMILY WILL BE TARGETED IF HE LOSES IN 2020

"We have a young man, Buttigieg. ... He's got a great chance, doesn't he? He'll be great, representing us against President Xi of China -- that'll be great," Trump said.

Trump added that China recently "broke" an economic agreement and that Vice Premier Liu He will be flying to Washington to negotiate a "deal" after tariffs were imposed on Beijing. 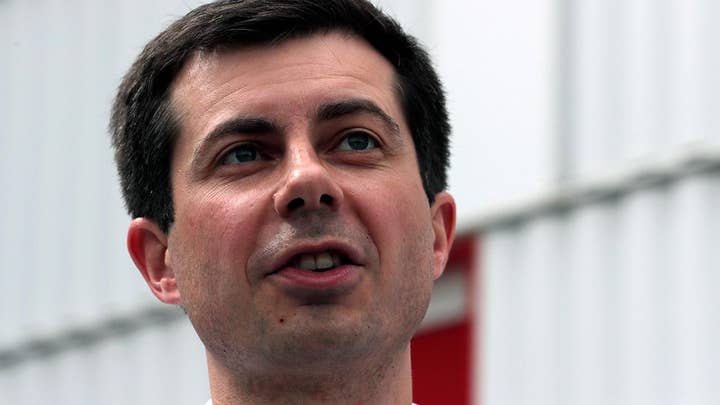 "Of course they do, so they can continue to rip off the United States," Trump said of the report. "I think if I heard that, I'd never vote for him."

"Sleepy Joe and Crazy Bernie [Sanders]," he said. "I'll take any of them."

Trump later asked the audience about former Rep. Beto O'Rourke, saying the Texas Dem's poll numbers appear to be "falling like a rock."