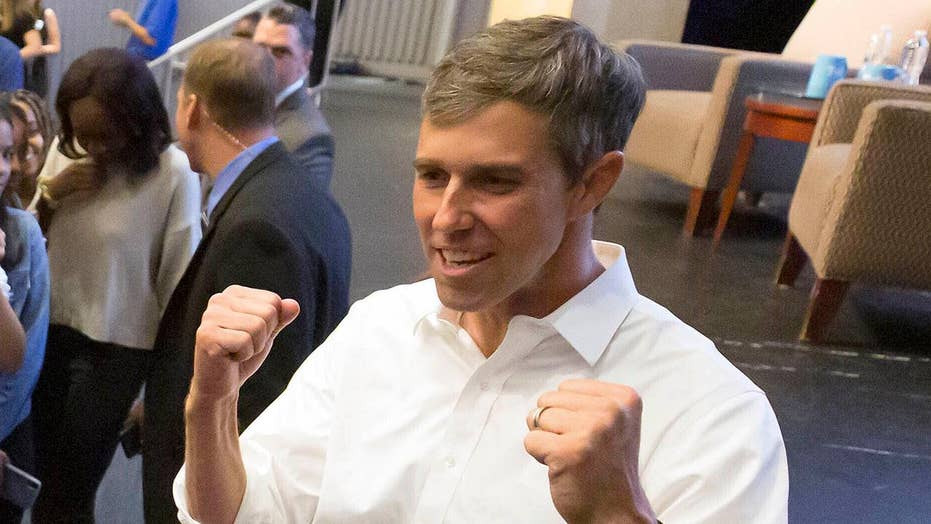 Beto O'Rourke’s hard-left turn on gun confiscation in the Democratic presidential primary may play well with liberal primary voters across the country – but the former congressman could also be hurting his political future in Texas should he someday choose to run statewide again.

O’Rourke, who nearly won a Senate seat in Texas in 2018 against incumbent Republican Sen. Ted Cruz, declared in a primary debate earlier this month, "Hell yes, we are going to take your AR-15."

That’s in contrast to what O’Rourke’s said in the 2018 race, when the Democrat sought to appeal to the gun-friendly state by repeatedly telling Texans, "If you own an AR-15, keep it." (He also said during that race that he didn’t want more such weapons sold.)

WOMAN WHO CONFRONTED O'ROURKE ON GUN CONFISCATION PLANS: 'SHAME ON HIM' FOR EXPLOITING 'OUR TRAGEDIES'

In the wake of multiple recent mass shootings, including in his hometown of El Paso, O'Rourke has proposed forcing AR-15 owners to turn in their guns through a mandatory buyback program.

The NRA says that Americans own over 15 million AR-15s, and that they are the most popular rifle in America for training and home defense.

Cruz mocked O'Rourke's shift last week, noting that in 2018 he warned that O'Rourke wanted to "take our guns,” yet fact-checker PolitiFact rated that claim “false.”

"PolitiFact — you non-partisan sexy thing you — so ... did you buy Beto’s shirt?" Cruz joked on Twitter. 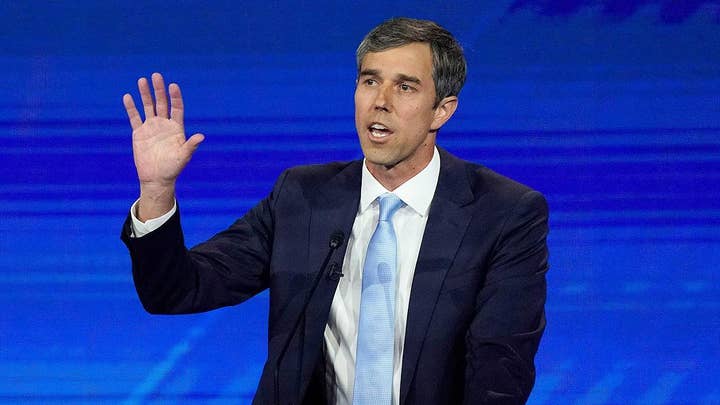 “O'Rourke's ‘hell yes’ to gun confiscation demonstrates how little he knows about Texans and rifles,” said JoAnn Fleming, the executive director of Grassroots America, We the People PAC, a conservative group in Texas. “By shooting off his mouth, Beto managed to end his political career in Texas, while driving up rifle sales.”

O’Rourke’s rhetoric on guns has not picked up much support from his former colleagues in Congress. Senate Democratic Leader Chuck Schumer, who is negotiating with Senate Republicans on expanding background checks and possibly creating “red flag” laws, pushed back on the mandatory buyback idea.

"I don't know of any other Democrat who agrees with Beto O'Rourke," Schumer told reporters from upstate New York, according to the Times Union.

But O’Rourke hit back at Schumer in a fundraising email, pointing out that most Democrats nationally agree with him.

O'Rourke entered the Democratic race to great fanfare this year, but has struggled in the polls. Some Democrats have suggested he set his sights on a 2020 bid for the Senate, and not the White House.

Even some liberal writers have acknowledged that O’Rourke’s gun policies could hurt him in Texas. 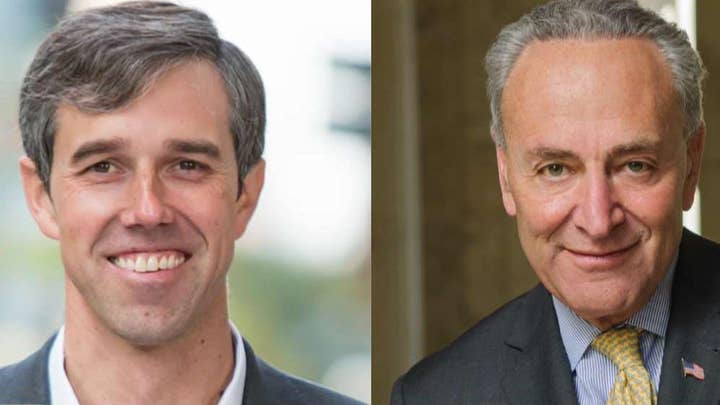 “Beto is no longer a viable candidate for the Senate in Texas, thanks to his gun confiscation comment,” German Lopez, a writer for Vox, wrote on Twitter.

For his part, O’Rourke has been adamant that he no longer wants a Texas Senate seat, despite past pressure from some Texas Democrats and news outlets to drop his long-shot presidential bid and compete for Republican Sen. John Cornyn's seat instead.

However, polling indicates that a slight majority of Texans in fact support legalizing some quantity of marijuana. But O’Rourke would go further than legalization, proposing taxing marijuana to fund “justice grants” for people who were convicted for marijuana possession in the past.

O’Rourke has also come out for impeaching President Trump.

“Polls consistently show that an overwhelming majority of Texans do not support the impeachment of President Trump,” Fleming noted.

A Quinnipiac poll found that 60 percent of Texans say Congress should not try to impeach, while only 34 percent support it.

O’Rourke’s leftward shift has not been getting him traction in the polls yet. In polling averages, he gets just about 3 percent nationally.

“His far-left stance will continue to generate attention and secure him a spot on the cable news circuit. But it's not a governing philosophy, nor a winning campaign one,” Texas-based economist and political consultant Abby McCloskey told Fox News.

“The far-left ground in the 2020 presidential campaign is better covered by [Massachusetts Sen. Elizabeth] Warren, who clearly has thought through her proposals in detail,” McCloskey added.

Fleming added: “His wild swing to gun confiscation appears to be an admission he won't ever run for office in Texas again.”

Maxim Lott is executive producer of Stossel TV and creator of ElectionBettingOdds.com. He can be reached on Twitter at @MaximLott