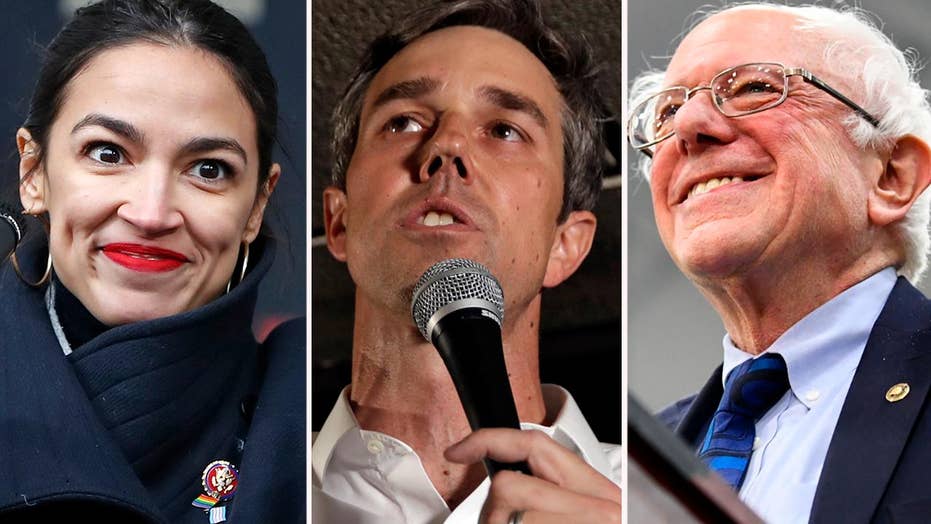 Another 2020 Democrat has come out against the Electoral College.

After addressing students at Penn State University on Tuesday afternoon, Beto O’Rourke lamented Hillary Clinton’s failure to take the White House despite winning the popular vote, adding there is “a lot of wisdom” in calls for change.

“I think there’s a lot to that. Because you had an election in 2016 where the loser got 3 million more votes than the victor,” O’Rourke said in a video posted online.

“It puts some states out of play altogether, they don’t feel like their votes really count.

ELIZABETH WARREN SAYS SHE WANTS TO ELIMINATE THE ELECTORAL COLLEGE

“If we really want everyone to vote, to give them every reason to vote, we have to make sure their votes count and go to the candidate of their choosing. So I think there’s a lot of wisdom in that.”

“Every vote matters and the way we can make that happen is that we can have national voting, and that means get rid of the Electoral College,” Warren told an audience at the historically black Jackson State University in Mississippi.

“I believe we need a constitutional amendment that protects the right to vote for every American citizen and makes sure that vote gets counted,” she said. “We need to put some federal muscle behind that, and we need to repeal every one of the voter suppression laws that is out there.”

In February, the Democratic-controlled Colorado State Senate voted to join other blue states in a pact aimed at getting rid of the Electoral College system.

The state Senate approved a bill adding Colorado to the National Popular Vote Interstate Compact. That pact would change the way presidents are picked by allocating each state's electoral votes to the winner of the national popular vote – regardless of how the state votes.

BETO O'ROURKE SEEMINGLY ENDORSES THIRD-TRIMESTER ABORTIONS: 'THAT SHOULD BE A DECISION THE WOMAN MAKES'

In theory, the game-changing compact only takes effect once it signs on states representing at least 270 electoral votes, the threshold to win the presidency. With the addition of Connecticut's seven electoral votes last year, the group now has 172.

Colorado would be the 13th jurisdiction to join the pact if the state’s House also passes it and the state's Democratic governor signs it into law.

The uphill campaign, if ever brought to fruition, would almost certainly face a court challenge. It has gained renewed attention amid Democrats grumbling about the Electoral College in the wake of President Trump's 2016 win. While he defeated Hillary Clinton in the electoral vote, he lost the popular vote by 2.9 million ballots.

The pact is meant to be a work-around to the constitutional requirements that created the Electoral College system, which awards each state's electors to the winner of that state.

Others that have joined the pact include Connecticut, California, Hawaii, Illinois, Massachusetts, Maryland, New Jersey, New York, Rhode Island, Vermont, Washington and the District of Columbia — all places where Clinton defeated Trump in 2016.