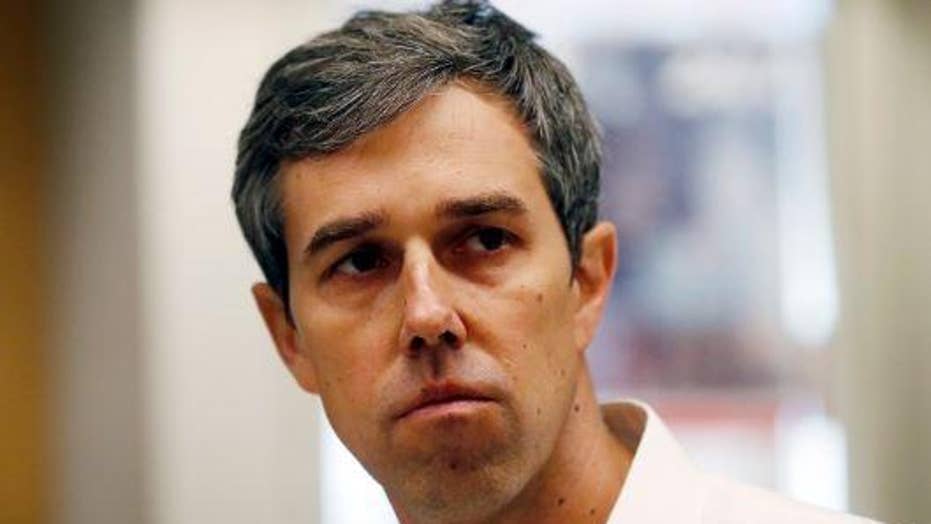 Democratic hopeful Beto O'Rourke says he believes abortion should be a woman's decision after being asked about third-trimester abortions at a campaign event in Cleveland, Ohio.

White House hopeful Beto O'Rourke seemingly endorsed the practice of third-trimester abortions at a campaign event in Ohio on Monday, less than a month after Senate Democrats blocked a bill that would have required doctors to provide medical care to newborns amid a swirling infanticide controversy in Virginia.

The third trimester extends from the 28th week of pregnancy up until birth, and polls consistently show that nearly 80 percent of Americans oppose such late abortions.

O'Rourke responded: "The question is about abortion and reproductive rights. And, my answer to you is, that should be a decision the woman makes. I trust her."

He then quickly took another question, as sustained applause broke out.

Fox News reached out to O'Rourke's campaign to confirm his position on third-trimester abortions but did not receive a reply.

Alexandra Desanctis, a staff writer at the conservative National Review, characterized O'Rourke's remarks as a cynical sleight of hand.

“Notice how Beto takes an articulate question about abortion *after fetal viability* and the medical details of these procedures and restates it to the crowd as a question about “abortion and reproductive rights,” DeSanctis tweeted. “That’s what they have to do to defend third-trimester abortion."

BETO'S ROCKY ROLLOUT: LOTS OF CROWDS AND CASH, BUT ALSO LOTS OF STUMBLES

O'Rourke already has become known on the campaign trail for speaking in generalities, and it remained unclear whether he intended specifically to endorse third-term abortions during his comments on Monday. In January, O'Rourke sat for a widely panned interview with The Washington Post, during which he refused to offer specifics on an array of policy issues. Last week, O'Rourke said he was "kicking himself" for his answers during that interview -- including when he offered the following prescription for the immigration crisis: "I don't know."

However, there was perhaps at least one clue as to O'Rourke's intent in his career as a legislator. He co-sponsored the Women’s Health Protection Act when he was a Texas congressman in 2017 -- a bill that would have lifted most state restrictions on abortion, including waiting periods.

Abortion already has emerged as a hot-button issue in the upcoming presidential campaign -- as progressives fear that the new conservative majority on the Supreme Court could roll back abortion rights that have existed for generations, while conservatives have accused prominent Democrats of indifference to infanticide.

The GOP-backed bill would have required "any health care practitioner present" at the time of a birth, including during a failed abortion, to "exercise the same degree of professional skill, care, and diligence to preserve the life and health of the child as a reasonably diligent and conscientious health care practitioner would render to any other child born alive at the same gestational age."

In response, President Trump tweeted that "This will be remembered as one of the most shocking votes in the history of Congress." Many Democrats had panned the bill as merely a stunt.

The legislation was introduced after Virginia Gov. Ralph Northam, a Democrat, endorsed post-birth abortions while discussing The Repeal Act, a state bill which sought to repeal restrictions on third-trimester abortions. Virginia Democratic Del. Kathy Tran, a sponsor of that bill, was asked at a hearing if a woman about to give birth and dilating could still request an abortion.

"My bill would allow that, yes,” Tran said.